Waste not, want not when feeding hay

Storage and management practices can have a significant impact on losses.

As a child, I would spend substantial amounts of time trying to get the last little bits of cookie dough out of a mixing bowl. Regardless of how hard I worked on it, there always seemed to be cookie dough I wasn’t able to get. Sometimes I gave up in frustration, while other times I was chased out of the kitchen before I could get those last morsels.

Try as hard as we might, it is really tough not to be wasteful. This is especially true when feeding hay to livestock. Hay wastage is a perennial problem. With hay in scarce supply and at premium prices this winter, producers would be well-advised to do everything they can to minimize loss of this valuable feedstuff. 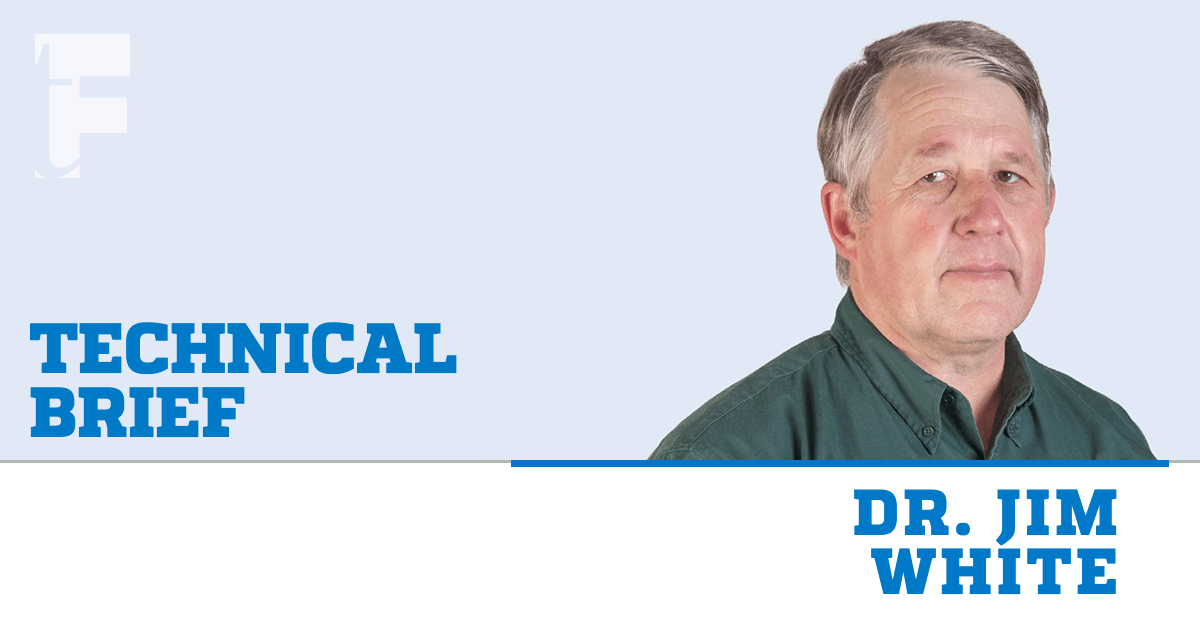 As hay package size has increased, so has storage loss and waste at feeding. Large bales have reduced labor demands but have not helped on reducing forage loss. Certainly, there are factors independent of the size itself. When we sort samples based on bale size, we tend to see higher protein and lower fiber in small bales than in large bales. Drying time undoubtedly contributes to this variability, and small bales are much more likely to be stored under cover. Storing bales in a hay barn and keeping them off the ground helps immensely to reduce loss.

Much of the hay waste we see in livestock operations is attributed to feeding practices. Losses can reach as much as 50% when bales are unrolled and fed on the ground, according to research by Dr. Robert Kallenbach of the University of Missouri. Limiting a cow’s consumption to a day’s worth of forage at a time can help reduce the amount that gets trampled on and not consumed.

In their discussion, the Michigan researchers attributed the much higher loss in cradle feeders to animal feeding behavior. Cattle with their heads held higher than the normal grazing position have a greater tendency to back away from the feeder and drop hay on the ground.
Similarly, with straight-sided trailer feeders, cows often exhibit more aggressive behavior. Animals are closer together than if the same number are in a circle. Cattle tend to compete for feed by pushing and shoving. These behaviors will encourage less robust cows to back away, and they often drop feed as they go.

Feeder management can also reduce hay waste. Keeping the feeder out of the mud can have a big impact. Hay dropped on dry or frozen ground is much more likely to be picked up by the animal than hay dropped on mud. Feeding pads or concrete aprons are even better.
Additionally, it’s a good idea to only put out the amount of hay that will be consumed in a relatively short time. If you offer a lot of hay all at once, the cattle tend to waste more.

MFA offers many different styles of hay feeders to serve the needs of your operation. If you need help in your selection or more information on efficient hay-feeding practices, visit with the livestock experts at your MFA location.

– Contact MFA Director of Nutrition, Dr. Jim White, through email at This email address is being protected from spambots. You need JavaScript enabled to view it..