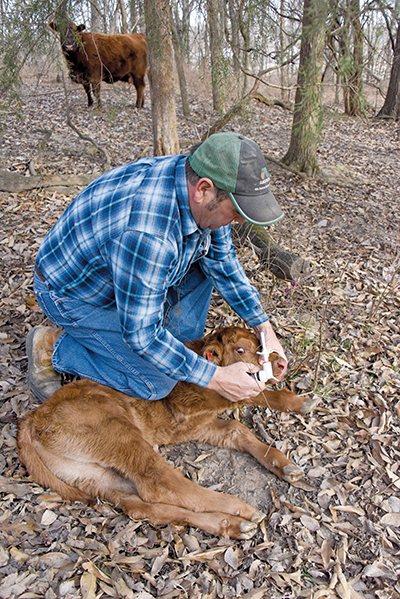 “The first 48 hours are pretty rough on a little calf out here,” Summers said. “It’s important to give them a little bit of help to get them going.”

Launched in January, Shield Plus is the newest product in MFA’s feed lineup to contain Shield Technology, which was introduced in 2015 with a unique set of ingredients designed to enhance animal performance and health. Shield Technology employs an all-natural, research-tuned blend of essential oils and other additives and does not require a Veterinary Feed Directive.

“The science behind Shield is pretty incredible, and MFA is the only company in the U.S. that is going down this path,” said Mike Spidle, director of product sales and feed. “It’s not something we just woke up and decided to do. We’ve researched it, put many hours of trial work into it and studied it to know that it works and why it works.

Before Shield Plus became available, Summers had already seen the benefits of MFA Shield Technology on his farm. He creep-feeds MFA Cattle Charge to his young calves and finishes cattle with MFA Cadence pellets. Both of these products are formulated with Shield. In addition to his 200-cow beef herd, Summers raises 3,200 acres of row crops and runs a poultry operation with his brother, Timmy.

“I’m seeing the biggest difference in my weaned calves,” said Summers, who purchases feed and farm supplies from the MFA Agri Services Center in Sedalia. “They’re on Shield in the Cattle Charge when they’re on their mother, and they never seem to take a lull. They just keep right on going.”

Performance with Shield-enhanced feeds has been so impressive that Summers said it was a “no-brainer” to try Shield Plus when his spring calves began hitting the ground in early February. Even though the mostly mild winter made it hard to judge the full effect, he said the calves appeared to be more “aggressive” after a dose of Shield Plus.

“I’ve seen those little calves get stressed in the cold, wet ground, and this gives them an energy boost to get up and get milk from mama,” Summers said. “That’s the biggest thing—once they get some milk in their belly, they seem to be able to make it.”

At a cost of about $2 per dose, Shield Plus is administered orally in a pump bottle and contains a concentrated colostrum extract that helps ensure newborn calves get optimum levels of essential nutrients. It also contains probiotics, or “good bacteria,” to improve gut health and egg antibodies to combat scours, Spidle explained.

The supplement is also rich in Omega-3 and Omega-6 fatty acids as a quick source of energy and therapeutic levels of vitamins A, D and E to help prevent oxidative stress. It’s recommended for newborns as well as adult animals that are under stress.

“It’s vitally important that the baby gets colostrum within 24 hours—really within 12 hours—to get antibodies into the bloodstream,” Spidle said. “And you have to keep in mind that not all colostrum is the same. You can’t be sure that a cow’s colostrum is giving a calf what it needs. Shield Plus naturally stimulates the immune system, aids in improving survival and increases appetite and feeding behavior for weight gain.

“In other words, Shield Plus gives that baby the best start you can,” he continued.

Being able to reap the health benefits provided by Shield Technology and Shield Plus without needing a VFD is also an advantage, Summers added. 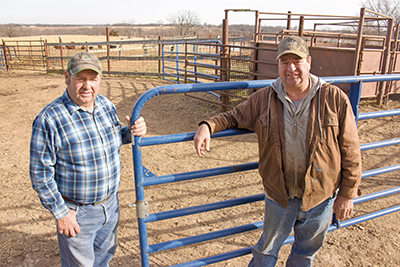 “Shield shows me what we can do without medicine,” he said. “I’ve only had one sick cow in two years. When they started talking about the VFD, we knew we already had a program in place that would let us avoid that unless we have some major outbreak.”

Although on the market for only a few months, Shield Plus is changing the equation at Green Hill Farms, where Summers is using the new product with his entire spring calf crop and says he plans to do the same when fall calves arrive.

“I’m not scared to try something new on the farm, especially when I can see the value,” Summers said. “You either stay on top of things, or you don’t stay in business. You’re talking about spending a minute amount of money to keep those calves healthy and gaining weight from Day 1. That’s worth a lot.”

In addition to cattle, Shield Plus can be used with other livestock species, including swine, equine, goats and sheep. For more information, visit with the livestock experts at your local MFA Agri Services or AGChoice location.