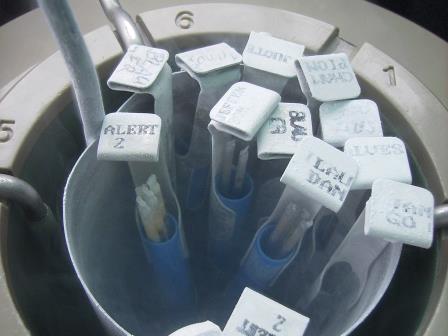 In recent months, we’ve seen the effect of high beef prices from 2014-15. Beef producers across the country answered those high prices with herd expansion.

If you put the average annual cow slaughter against the expected herd expansion numbers, the total surpasses herd growth looks like 3 million new breeding females per year for the next few years. That’s a large number of heifers coming to pastures. Of course, depending on their goals, beef producers will have multiple agendas in mind when making genetic selections for coming calf crops.

Producers who look for long-term herd expansion might place an emphasis on maternal traits to derive good replacement heifers. They might also seek calving-ease sires on first-calf heifers.

To maximize inputs, producers might seek growth and feed efficiency traits for cattle sold as calves and yearlings. And some producers will focus on carcass merit traits for livestock retained through the feeding phase, particularly in niche markets.

While everyone is aiming for improving the herd, the goals I’ve just mentioned will require multiple sources of genetics. The average commercial producer probably won’t have a group of bulls diverse enough to deliver these maternal traits to the next few calf crops for replacement heifers. To get that kind of genetic diversity from herd bulls takes considerable planning, management and adds expense to the operation.

Herd bulls have kept pace with rising cattle prices. In fact the average Angus bull commanded a price of $5,500 at public auction last spring. When you do all the math and average things out, that makes for about $140 per pregnancy.

All these factors create a compelling case for the exploration of an artificial insemination program for commercial cows. In looking at the cost factor alone, the average cost of pregnancy with an AI program ranges from $80 to $100. Spending that money certainly grabs your attention, an advantage to the outlay is the ability to select genetics strategically for a specific goal.

With AI, the producer can hone in on any single goal, or a combination of the above goals. AI sires can be selected with a high degree of accuracy for any of the above traits to ensure that you can make significant genetic advancements in one generation.

One of the reasons producers have been reluctant to participate in this management practice is that they are unfamiliar with the procedure and possibly have had the perception that it is too difficult and time-consuming for their operation. Advancements in synchronization protocols have streamlined the process. MFA has recently partnered with ABS to help producers take advantage of this valuable tool. Aside from improvements from the targeted genetics, AI can improve calving logistics. What I’ve seen from producers using AI for commercial herds is a tighter calving pattern, with more calves born in the first two weeks of the season. And that means cows have a better chance to cycle back sooner for re-breeding.

Herd bulls still have an important place in the Midwest cowherd, but take a look at what AI might do for your operation as you continue to improve genetics.