In the May 2014 issue of Today’s Farmer, we printed an excerpt from Proud Past, Bright Future, MFA Incorporated’s First 100 years. That installment focused on the unique strength and refined focus the cooperative gained from its member leadership. This month we print a fourth installment. In this issue, we visit a tumultuous time for farmers and MFA—the farm crisis of the 1980s. It was during this time that the unflinching character of MFA Incorporated President and CEO Bud Frew would reveal itself. These excerpts are from Chapter 9 of Proud Past, Bright Future. You can purchase a copy of the book by visiting http://www.todaysfarmer.com/shop.

From Chapter 9: Modern management: We’ll do it our way 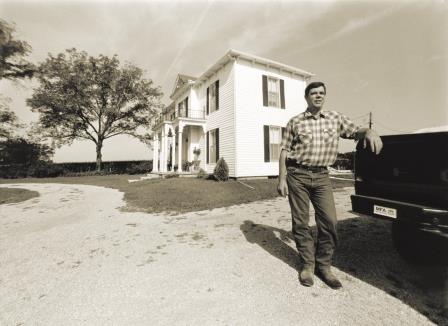 No shrinking violet, Frew would tell MFA members to forget the rumors in the countryside. But keep this in mind, he said: MFA still has the largest fertilizer market share in the state. MFA still produces and sells more animal feeds than any other feed company in Missouri. MFA still originates more farmer grain than any other single agribusiness in Missouri. MFA exchanges still comprise the best ag-products distribution system in the state and offer the most comprehensive, one-stop service centers. So why all the hand wringing? It’s time to move forward.

MFA had sold its river terminals to Farmland Industries in June of 1984 and its soybean plant the prior year. Neither sale stopped year-end losses. “Be assured,” said Frew, “the sale of assets is intended to remove non-productive investments—not merely to ‘shore up’ the bottom line.” MFA had lost $10 million on those grain terminals in the past two years. Talk about non-productive. Farmland, within a year, was regretting that purchase and trying to resell those same structures to yet another cooperative. The grain market of the early to mid-80s was no place for those without tremendously deep pockets.

Cooperative mergers took place at record levels across the nation. Farm foreclosures led the national news nightly. Congress issued proclamations to save the family farm. “The reason for this seemingly feverish activity is no secret to anyone involved in the board leadership or management of a cooperative agribusiness,” Frew would write in Today’s Farmer in April of 1985. “The simple truth is that farmer-owned agribusinesses are overbuilt for today’s highly competitive marketplace.” 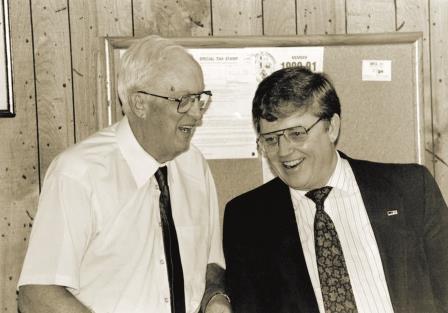 Bud Frew and chairman of the MFA board Bill Stouffer dug deeper still into the balance sheet, trimmed all fat and some meat. Spring would show favorable weather and MFA’s best spring volume since the 1970s. It wasn’t enough. Loss on operations was $2.9 million and another $7.3 million of non-cash loss on discontinued operations. But Frew had staunched the bleeding. Balance sheet metrics inched up. Owner’s equity remained at the previous year’s 20 percent. Frew announced hopes for moderate profitability by 1986. MFA’s market share was still the largest of any agribusiness and was now expanding. That required more cash: $5 million more to be exact. So Frew and Stouffer once again asked the St. Louis Bank for Cooperatives for additional operating money.

The lenders were hesitant. They wanted Stouffer and Frew to meet them at their offices for discussion. They still viewed merger as the most appropriate response to MFA’s fiscal woes. Stouffer and Frew waited anxiously and silently in the St. Louis bank offices. Once in the conference room, the two listened patiently while the bank officers explained their concerns. A push to restart stalled merger talks with Farmland could offset balance-sheet weaknesses and guarantee operating loans, said Doug Sims.

While the numbers made the bankers uneasy, the mere thought of them made Frew reach for antacid. He knew to the depths of his being they were numbers

MFA had begun to turn around, he would say in the late 1990s. No way he’d allow them to deteriorate after what MFA had already weathered.

“The bankers recommended we write down our bondholders’ equity,” said Stouffer. “Bud and I were just as determined not to.” Bond debt had been a topic of discussion at the bank in previous years. MFA had relied too heavily on that source of cash flow in the past. Both Frew and Stouffer knew those bonds represented farmer faith in MFA. “I can remember when MFA was teetering on the edge and one farmer came into Salisbury and put $30,000 down on bonds,” said Stouffer. That’s faith. “There was no way we were going to clip the bondholders.” 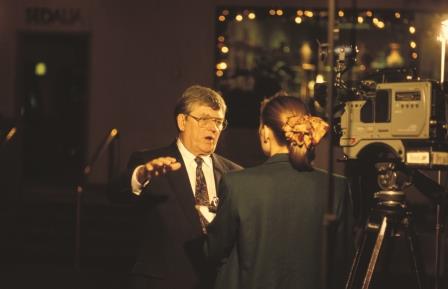 officer exchanged glances. Stouffer nodded. Both men stood. Frew reached in his pocket, grabbed a ball of keys and threw them on the conference table. The keys resounded on the polished wood a little more loudly than either man expected. “We’ll do it our way or you take these keys and run the s.o.b. yourself,” demanded Frew, before turning and joining Stouffer on the way to the door.

Probably seeing the determination he was looking for, Sims accepted MFA’s financial strategy. But more importantly, from Stouffer’s standpoint, the keys were returned. As they left the bank, both men still wore their masks of stern determination. Once in the parking lot, both let down their guard. “I’ll tell you it was a relief that they bought our deal,” Stouffer said. “The keys Bud had thrown on the table were our car keys and only way home.”

When Bud Frew retired Jan. 31, 1998, he had presided over 12 straight years of profitability at MFA Incorporated, an unprecedented feat. Small profits of $2.3 million were seen in 1986, but profits nonetheless, followed by $4.4 million in 1987. The upward march would continue. Frew would make the word “profit” acceptable in cooperative circles. “Savings” was a term from the 1920s, he would say.

So too, would Frew focus on changing descriptions of MFA locations. “Exchange” was out. “Agri Services Center” was in. “When was the last time you exchanged eggs for feed or cream for farm supplies?” he would ask any who questioned him. It was the language of a bygone era. Frew focused intensely onupgrading MFA’s facilities and service. He also changed the culture of the organization. 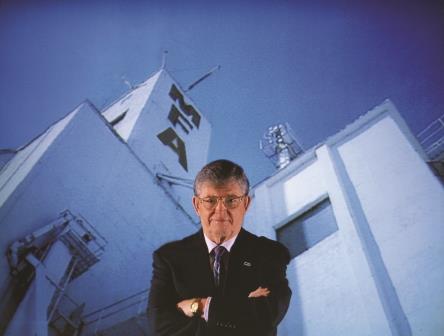 In retail, Frew focused on providing members with quality products and timely service rather than relying on blind loyalty. “We made a conscious, strategic decision to exploit our strengths and minimize our weakness,” he said. “That led us to our focus on service and distribution.” That decision would, in turn, lead to those years of profitability.

Frew would remain proud of the path he and Thompson had taken. “Business decisions, first and foremost,” said Frew. “We’re a farm supply and grain marketing organization. We won’t enter into something, we won’t expand to please someone else’s agenda. We’ll pick battles we can win.” That accomplishment, he would note, was solely because, “We stopped electing the cooperative’s president at large and required the board of directors to hire and fire the chief executive officer.” Until that time, he said, the president could look at the board and say, “You were elected by a district. I was elected by the membership. We’ll do it my way.”

“From that point on,” explained Frew, “I could stand up in front of the board and say, ‘Fellows, this is right. We’re making this decision because it’s a good business decision.’ We changed the company overnight with that structure.”