Learning in the East

ALOT Class XV is back from China

In July, I traveled to China with Agricultural Leadership of Tomorrow. ALOT is a two-year program that teaches its members leadership along with a deep exploration of Missouri agriculture and how it fits into the larger world. Members travel extensively in the state as well to Washington D.C. to visit with friends and foes of agriculture. The international trip is a capstone of sorts. ALOT is a great program, and I encourage anyone willing to commit the time to apply.

China wasn’t my first choice of countries to visit, but after our trip, I am glad that I did. I can’t believe some of the things I saw, heard and smelled on the trip.

We visited several production agriculture farms. Particularly interesting was a rice farm. It was a demonstration farm 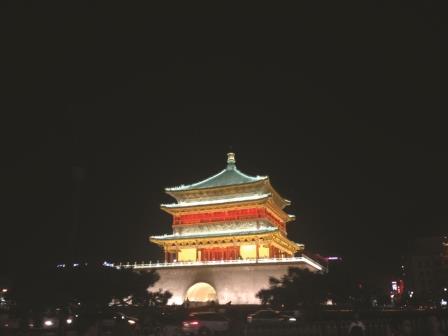 for rice production with fish and crab intercropping. The farm had a polywire fence around the field to keep the crabs in. Labor for a 2,000-acre rice farm had numbered about 1,200 workers, but with the new practices on demonstration there, managers have reduced the number of employees to 300. It may be a harbinger of things to come in rural China.

The most shocking thing I saw at this location was duck production. An elevated duck pen was situated above a water canal. Waste from the ducks dropped into the canal, which drained directly into the Yellow River. I don’t think this practice would survive long in the United States.

Our group visited a government-built community designed to house farmers. As a way to accommodate rural-to-urban migration, the government builds these communities along with schools and hospitals for the residents. As residents move into the community, they are given a small parcel of land to farm and one dairy cow. These farmers are also asked to work in a local factory or plant to provide additional income for their family.

We visited a prairie restoration site. Here, the Chinese government restored an over-grazed and wrecked prairie to its native vegetation. It was amazing to see the restoration job with the prairie back to green vegetation, but now there is no grazing on any of the land because officials do not want to destroy plants that have been re-established. Thus, animals are kept confined in this region. I would compare the area to southeast Colorado, a dry, short grass prairie.

One thing that I will remember from the trip was an explanation about chicken cage sizes. We were on an egg-layer farm. Because of the recent regulation changes in California for chicken cages, the plant manager for the facility reminded us that the number one goal of production agriculture in China is to feed the people. He said that obviously China has a lot of people to feed, so the regulations cannot be like those of California. Another interesting fact about this plant is that they use the waste to produce natural gas.

The Chinese are hard workers. On a number of occasions, our group saw workers sweeping interstates and roads with hand-made switch brooms. However, “The Company,” the Chinese government, is in control of everything. Citizens there would actually reference “The Company,” but we knew what they meant. At times we couldn’t help but wonder if it was all a planned and rehearsed tour. Either way, it was an eye-opening experience.

Overall, it was an educational trip for my ALOT class. I hope we can leverage it and our entire ALOT experience into a positive influence for agriculture in Missouri and the United States.

There’s more that I would like to tell you about ALOT and China than space allows here. If you see an ALOT class member, be sure to ask them about their experience. We all have important information to share. Applications for Class XVI of ALOT are due Sept. 15.