Working toward the benefits of new chemistry 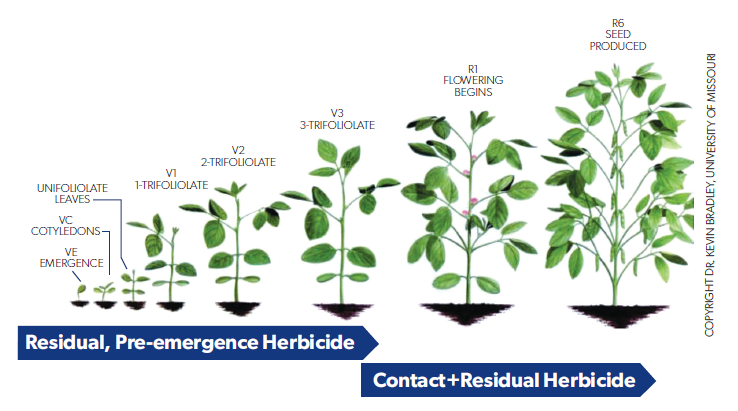 After significant financial investment and research, then years of waiting, Monsanto recently received approval from China for the Round-Up Ready 2 Xtend soybean trait. This trait allows application of certain labeled dicamba as preemerge and postemerge to herbicide-tolerant soybeans. However, EPA has yet to approve the herbicide to be applied preemerge or postemerge.

Even though you won’t be able to see the herbicide in action this year, I believe it is something that you should consider for your farm. Yield potential has been increased in MFA’s MorSoy lineup over the RR2 platform. It should be no surprise that newer genetics for soybeans have been focused into the Xtend platform. We have been anticipating the release of this technology for a couple of years and the yields will speak for themselves.

Although there are several dicamba molecules on the market today, none of them have a label for over-the-top use in soybeans. You will still need to follow the product label of what is in the tank for any preplant applications of dicamba.

When you look at the weed spectrum in Midwest fields, it is clear that broadleaves are the most problematic weed. Dicamba can provide excellent postemergence control of many glyphosate-resistant and tough broadleaves. Another advantage you might have heard about is the residual activity of dicamba. While there is residual activity, its not activity that can be given a certain efficacy timeframe. You won’t have a period of weed control to mark on your calendar. The amount of time the residual will provide control is dependent on several factors, such as soil type, organic matter and rainfall.

To have consistent weed control, you will still need the active ingredients found in products like Sonic, Authority, or Valor, among others.

Once the chemistry receives domestic regulatory approval, I believe the biggest benefit of this dicambia-based system will be in the burndown market. An attractive option will be applying a burndown with dicamba along with a residual and having no plant-back restrictions.

For those of you who do your own spraying, you have probably heard that you will no longer be able to use AMS in the tank if you are spraying the new formulations of dicamba. Several companies have been at work to make sure we have water conditioners that do their job without increasing the volatility of dicamba. What is different for formulators who want to manufacture additives or companion chemicals for Xtend and Enlist technologies is that each product has to pass a series of lab experiments to be labeled.

On the meeting circuit over the past year, I’ve herd several producers talk about these new technologies being the next silver bullet. I hate to burst their bubble, but the technology just isn’t. The best strategy for any technology, Xtend, Enlist, Roundup Ready, Liberty Link or conventional, is still to use an overlapping residual program. You’ve heard me talk about it before. The graph above from University of Missouri weed scientist Dr. Kevin Bradley gives a good visual of how it works. If you have any questions or would like to develop sound weed control options please see your local MFA or AGChoice.