Written by Allison Jenkins on December 14 2022.

For farmers, stakes are becoming higher in the need to feed the world

The world hit a milestone in mid-November. That’s when the United Nations estimated that the global population odometer flipped over to 8 billion people.

8,000,000,000—it’s an almost unfathomable number and can make one person feel insignificant. But when that one person is a farmer, it’s not insignificant at all. That’s because one U.S. farmer today feeds an average of 166 people, according to the American Farm Bureau. Compare that number to just a half century ago, when a farmer produced enough food for only 50 people, and you can see just how far agricultural productivity and efficiencies have advanced.

Those advancements must continue as the world population keeps rising. The planet is now expected to reach 9 billion people in 2037 and 10 billion by 2058. According to most recent Global Agricultural Productivity Report, farmers must increase their productivity at an average annual rate of 1.73% to sustainably produce the food, feed, fiber and bioenergy the world will require in 2050. 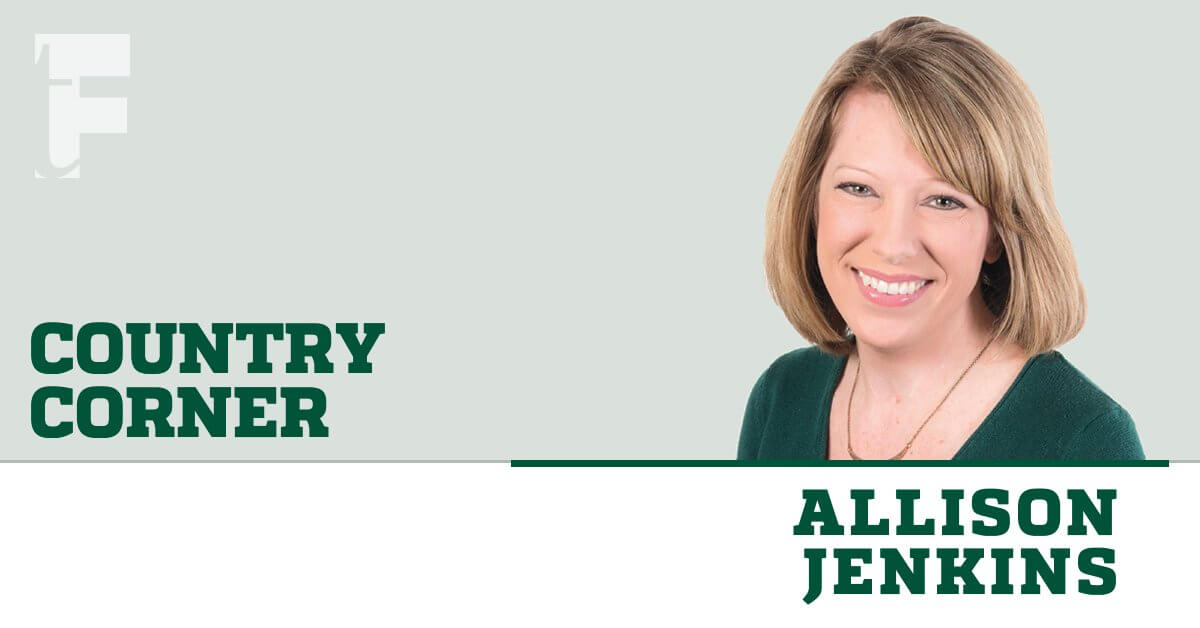 I believe today’s farmers are up to the challenge. Just look at how yields increased during the past century. From 1866—the first year statistics were kept—until 1936, corn yields stayed constant at about 26 bushels per acre. In November 2022, the USDA forecast corn yields of 172.3 bushels per acre.

Soybeans are a relative newcomer in the realm of commercial crops, becoming popular during the 1920s with production accelerated by the need for alternate sources of oil during World War II. In the 1940s, yields were 18 to 20 bushels per acre. The latest USDA report indicates that 2022 average soybean yields will likely top 50 bushels per acre.
What’s most astonishing is that this incredible output has occurred without any corresponding increase in farmers or farmland. Less than 2% of the American population is involved in production agriculture today. After peaking at 6.8 million farms in 1935, the number fell sharply until the early 1970s. In the most recent USDA survey, there were 2.01 million U.S. farms in 2021, down from 2.2 million in 2007. The average farm size is now 445 acres, only slightly greater than the 440 acres recorded in the early 1970s.

In other words, producers are doing much more with fewer people and fewer farms. How? Innovations in animal and seed genetics, crop protection, equipment and farm technology have enabled continuing growth in farm output, not to mention other advances in fields such as digital farming, artificial intelligence and robotic technology.
And then there are the breakthroughs we can’t even imagine because they will be so revolutionary. Think about it. Just 25 years ago, biotech seeds were brand new. So was the internet and GPS. It’s hard to envision agriculture today without them.

MFA is—and will be—on the leading edge of efforts to help growers boost productivity and efficiency while mitigating agriculture’s environmental impacts. The recent funding for climate-smart agriculture programs means there’s no better time for producers to consider some of these practices.

Population projections tend to take on an apocalyptic view. Yes, we have a finite planet, with finite space and resources. It follows that you can’t have infinite population growth. But those of us in the farming industry have been aware of the looming 10-billion-by-2050 deadline for some time. Much of the work in agricultural research, development and manufacturing in recent years has been focused on meeting the needs of our growing planet. Consequently, some of the most cutting-edge research being conducted anywhere is happening right on the farm.