Rising to the Challenge

Written by Steve Fairchild on February 04 2015. 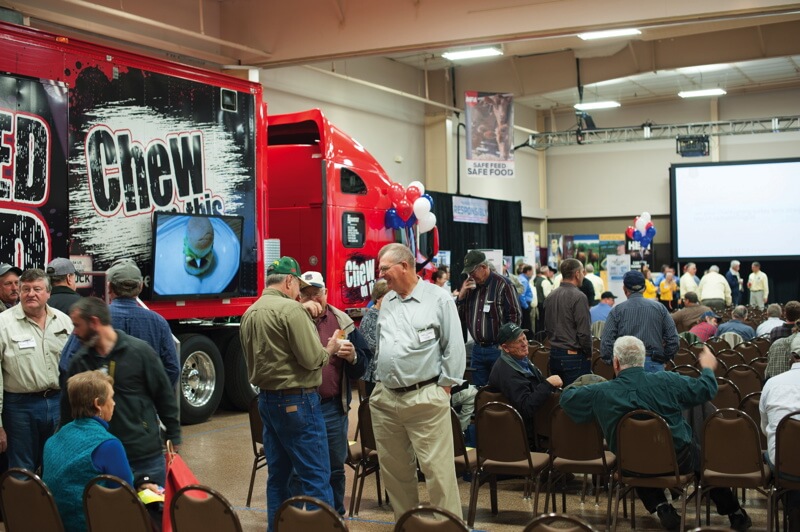 MFA provides goods and services for diversified farmers in the Midwest and Midsouth, where, in 2014, weather and timing showed how agriculture can shine. With excellent growing conditions in 2014, crop farmers delivered record grain volume, sending commodity prices in decline from a year prior. Cattle producers benefited from lower commodity prices and the still-small beef herd. The same economics that drove both grain and livestock segments of MFA’s member/owners were reflected in the cooperative’s fiscal reports this year.

Financial Performance
MFA’s CFO, Ernie Verslues, reported net profit for the fiscal year was $18.6 million compared to $15.4 million in 2013. Total sales for the year increased to $1.46 billion. Total sales represent net sales to outside customers and have increased steadily over the past years. In 2011, these sales totaled some 1.3 billion. By 2012, the total net sales climbed to $1.42 billion. And while the past 3 years reflect just a 12 percent growth, actual sales increases are better when you take into account decreased commodity values in grain, feed and plant foods. 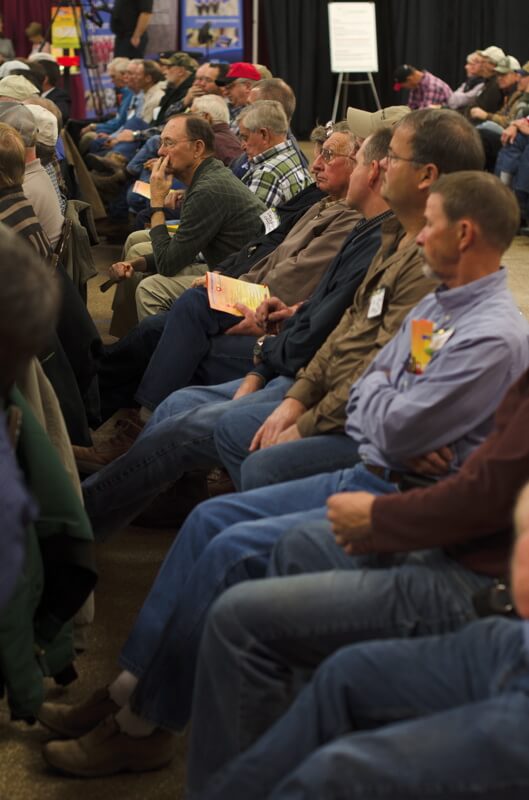 Grain Sales
Grain sales for 2014 totaled $543 million, an amount steady from the previous year. As usual, grain sales are dictated by weather, which sets both the volume of grain moving through MFA’s system and the value attached to each bushel.

“When we discuss bushels, I would remind you that sales reflect the previous year’s harvest. 2014 bushels sold are from grain harvested the fall of 2013—a year ago. So for this discussion, we put aside the harvest you just completed. It was outstanding production. The best ever for corn and soybeans. Those bushels will be reflected in next year’s volumes.”

Verslues said numbers for 2014 sales (the 2013 harvest) consisted of some 62 million bushels. MFA originates grain in northeast Arkansas, south central Iowa and southeast Kansas, but the state of Missouri is the largest geography for the cooperative’s grain operations. These areas all returned fantastic yield in the 2014 growing season with Missouri corn and soybeans breaking records across the territory. MFA fine-tuned logistics and built temporary storage to help handle the massive quantities of grain in the country.

Field crop sales (plant food, seed, crop protection products) produced revenues of $741 million in fiscal 2014, similar to a year earlier. 2014 sales were driven lower by plant food values during the fiscal year. Those values were reflected in the slight decline of $16 million in plant food sales, even though sales volume increased by 10 percent to some 940,000 tons.

Seed sales reached $98 million in 2014, a 5 percent increase from 2013 sales. Soybean sales were static compared to a year earlier while seed corn sales were up 4.5 percent.

Livestock Supply
Livestock supply sales (feed, farm supply, and animal health) totaled $169 million in fiscal 2014. This reflects a decrease in sales over the past 2 years.

“This is not a true reflection of the volumes we are handling in livestock supply sales,” said Verslues. “Lower commodity/feed unit values have driven category sales dollars lower. And after several years of decline, animal numbers appear to have leveled out—at the lowest levels in over 50 years,” he added.

Despite the decline in animal numbers, MFA has not seen reductions in its complete-feed business, which reached 332,000 tons in fiscal 2014—an increase of 7,600 tons from the previous year.

“There is no question, we are feeding a higher percentage of the animals in our trade territory,” said Verslues. “After several very tough years, livestock producers are currently enjoying record animal prices and, in most cases, lower feed costs. 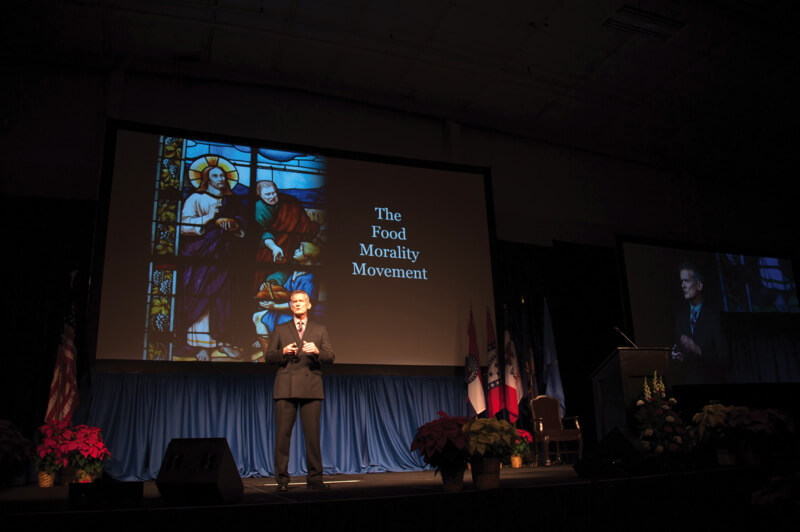 Livestock Supply also includes a line for “Other sales,” which includes hardware, lumber and miscellany. Sales for that category totaled have remained steady approaching $11 million.

Margins and Expenses
Product margins, service revenues, joint venture earnings and patronage combined for $223 million in fiscal year 2014, an increase of $18 million from the previous year.

Looking at those margins by segment, Verslues pointed out that Grain margins and revenue were down due to reduced value, despite an increase in volume. An overall increase in margins/revenue from Livestock Supply and Field Crops, reflected increased sales volumes and service revenue.

Patronage in regional and other cooperatives including AGP and MFA Oil Company were up slightly from a year ago. 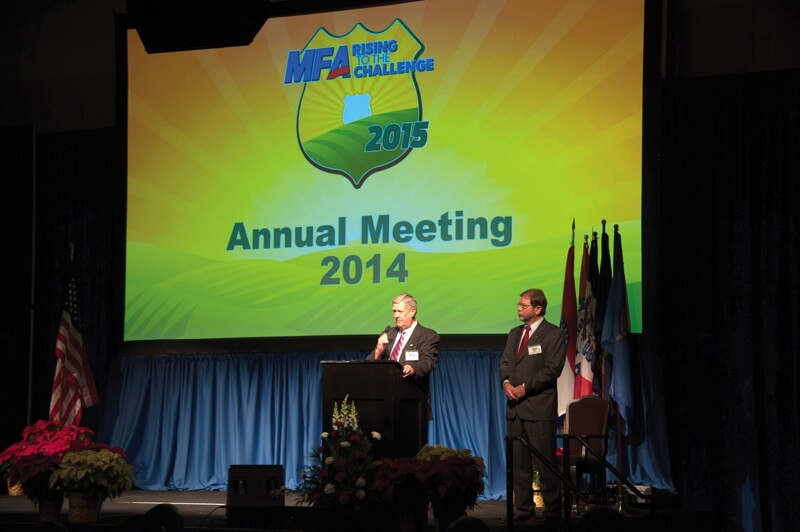 Verslues said, “If you adjust for new locations and one-time expenses in 2014, that increase in expenses is closer to 4.5 percent.”

Verslues said that agriculture remains a capital-intensive industry. Every year, three categories account for about 80 percent of operating expenses—car and truck expenses, repairs/maintenance and personnel costs.

“These are areas that we manage closely, but these are expenses that are critical to our success,” said Verslues. “We continue to hire good employees and provide the training they need to be competent and reliable. We remain committed to improving facilities and buying and maintaining equipment.”

Not all expenses were higher in 2014. We enjoyed an 18 percent decrease in interest expense. Larger producer pre-pay, unsettled grain and lower interest rates all contributed to this.

MFA continues to dedicate significant capital expenditures to upgrade facilities, equipment and acquire assets in new geography, investing $20 million to $23 million per year over the past 3 years. 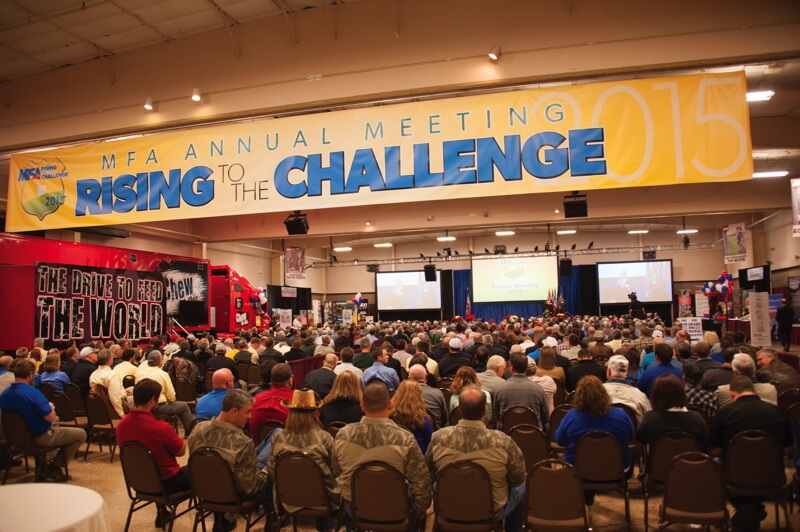 Total assets have remained fairly flat with the exception of an impact from the early harvest of 2012. Changes are mainly driven by grain and plant food inventories at the end of the fiscal year. Total assets for fiscal 2014 were $439 million, up from $412 million the previous year.

Long-term debt includes term loans with CoBank and MFA’s bond program. Of the total long-term debt of $79 million, $60 million is in bonds, an important source of non-bank financing. As earnings increase, traditional uses for long-term debt such as capital expenditures and acquisitions are financed with working capital and long-term debt is being paid down.

Net Worth
A positive trend line since 2010 is net worth, which represents the amount of MFA owned by its farmer/member. At the end of fiscal year 2014, total net worth was $148 million, representing 34 percent of the company.

“While this continues to improve, our targets have the ownership level at 40 percent,” said Verslues.

“Thanks to the continued support and patronage of you, the members, MFA has enjoyed a 4-year run of profits on its own operations that is unmatched in company history,” said Verslues. “The result is a stronger balance sheet—and a much stronger company. With the increased profits, the company has been able to increase the investments in its facilities through capital expenditures and increase the cash payments to the member/owner.”

Patronage
Verslues said MFA by-laws stipulate that patronage is paid on tax earnings. For MFA in 2014, total pre-tax earnings were $24.1 million. Of that, $5.2 million was non-patronage income from joint ventures, which is not eligible for distribution. Some $6.9 million of the total was from patronage-sourced business done with non-members, which isn’t eligible for distribution. here was a tax adjustment of $3.4 million.

Thus, of the total earnings, there is $8.6 million available for distribution to members. The board voted to make patronage distribution of that amount.

Cash patronage will be paid at 50 percent of the total ($4.3 million). The remaining 50 percent will be in allocated equities.

Verslues said that member equities currently go back to 1979. That’s 35 years. MFA management has developed a plan to reduce the revolvement timeline for equities. The plan is obviously contingent on continued sound profitability. Verslues said the short-term goal is to work the 35-year timeline down to 25 years and then to 20. The process will take time.

“As a company we are optimistic going into fiscal 2015 and beyond,” said Verslues. “Financially our 2015 plan reflects net income of $15.1 million, down slightly from the $18.6 million we planned on in fiscal year 2014. Budgets are conservative by nature—our expectations are always higher than this,” he said. “We continue to set targets and develop operating plans to target growth and insure the continued financial strength of your cooperative.”