Written by Steve Fairchild on December 11 2014. 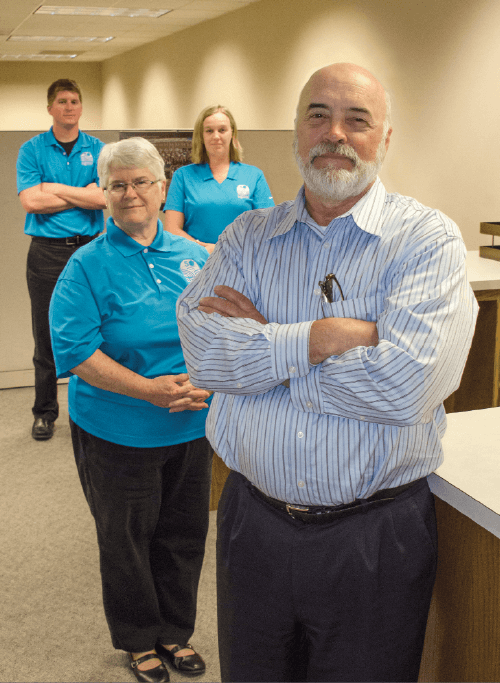 In the fall of 1964, management at MFA Incorporated conducted a study to better understand the financing needs of its customers. From that study, it became clear there was a gap in credit options for farmers who needed operating loans to buy inputs. MFA addressed the need by forming Agmo, a finance company dedicated to the customers of MFA. 2015 marks Agmo’s 50th year in business.

To get a flavor of the economic scene when Agmo was formed, consider this statement from the study:

“In this critical time of rapid change in agriculture, farmers must have a ready source of funds at a reasonable cost. They must have it simply because they do not have sufficient money with which to operate at top efficiency. If they cannot obtain it, then others who have a source of capital will take over agriculture.”

Seems as if that critical time of rapid change is a constant in agriculture. Another constant is the fact that a capital-intensive enterprise such as farming tends to make dramatic peaks and valleys in cash flow.

Jerome Gerke, MFA corporate credit manager, said that the idea that spurred Agmo’s formation is still the basis of the business today.

“Operating credit is a necessary tool in today’s farm financing. One thing that sets Agmo apart from other lenders is that we are by design an agricultural lender. We will offer credit for ag inputs regardless of how other lenders view the sector at any given time.”

Part of the challenge of the time was harmonizing credit practices of MFA retail locations throughout the trade territory. Retail locations had a variety of approaches to extending credit. Some were more successful than others. With so many variables, it was difficult for MFA management to get a clear picture of the liabilities on hand. As Agmo formed, it took on the responsibility of providing credit policies and expertise to local

MFA retail managers, allowing those managers to focus on better serving customers. With Agmo as a centralized lender, MFA was better able to gauge its lending capital requirements as well as keep rates competitive and more efficiently collect payments.

Gerke added that the foundation of the Agmo enterprise is an extension of the business relationship a cooperative like MFA extends to its customer-owner.

“MFA believes in its products and services. We extend credit on these things because we expect them to perform, giving our customers what they need to make profits. When we finance sales, we are in effect loaning the products financed.” This makes it not just advisable, but necessary, for MFA to provide accurate product recommendations.

By 1966, as the company became more established, it made some 1,400 loans for $1.4 million. In general terms, Agmo has steadily increased its business volume over the years.

Of course, general credit conditions in agriculture have an effect on Agmo’s loan portfolio each year. For MFA, Agmo is not a profit center, but a service to customers. As a dedicated agricultural lender, Gerke said that rates are figured by what Agmo’s cost of money is and to cover overhead.

“We see increases in volume when banks become less interested in extending credit,” said Gerke. “In last couple of years, banks looked for a place to make loans, and agriculture looked like a solid investment. They may have beat our rates in those years. But, for us, that business comes back when banks back off of agriculture credit because the outlook for farm profits doesn’t look as good on paper. Banks respond to business climate and rates quickly.”

Gerke points to the 1980s for proof of that phenomenon. Agmo hit $20 million in farmer loans in 1981. Though the amounts dipped in the few years following, the company continued to extend credit in an environment when banks drew purse strings more tightly.

Today, Agmo’s annual portfolio serves about 2,000 loans across the MFA trade territory and supplies $80 million in credit to MFA customers. Agmo credit is a tool that many customers favor for its convenience.

“That’s the nature of retail credit,” Gerke said, “and one of the reasons that Agmo was formed. Agmo provides consistently available credit. It is convenient for our customers. You don’t have to come in to pay the bill; the balance can be automatically moved to the note. We’re dedicated to agriculture. We’re here as an ag lender because we are in the agriculture business and partners with our customers.”