Written by Nancy Jorgensen on December 11 2014.

Are you resilient enough to withstand a downturn? 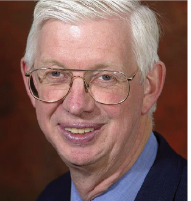 Purdue University in West Lafayette, Ind., has long hosted one of the nation’s leading agricultural colleges, and Purdue’s Michael Boehlje is a highly respected professor of agricultural economics. We asked him to forecast what he sees for farmers in 2015, and how to build enough financial resilience to stay in the black.

What do you project for grain prices in 2015?
We see a buildup of global stock in feed grains, so prices will stay under pressure as long as weather generates good production. We see very little recovery in soybeans. Markets suggest a modest recovery for corn, but we’re not going back to $5 to $6 per bushel. Ethanol production helped boost corn prices, but now fuel consumption is flat. Ethanol has matured as an industry—government supports have maxed out and investors aren’t willing to build new plants. The U.S. produces more ethanol than we need, and we’re exporting it to Canada and Brazil.

What about livestock?
On average, livestock income was up in 2014. Pork profits were strong in 2014 compared to recent years, but a disease affecting baby pigs caused losses. Cow-calf operators had strong profits, but feedlots had to pay high prices for calves and may not generate profits by the time the calves go to market. Overall, livestock prices should remain strong in 2015 as we aren’t rebuilding livestock inventory fast enough to meet demand. It especially takes time to rebuild beef stock.

What’s happening across the globe?
The world has put 170 million additional acres into production in the last nine years. When agriculture builds a bigger factory, you can’t shut it down like other industries, because farmers have high fixed costs and will continue to produce to cover their cash expenses. Demand is slowing in China, and there’s uncertainty in Europe and the world with the Ukrainian crisis. These factors put a negative spin on demand growth. In 2015, we won’t see the growth on demand that we saw in the past five to seven years.

What do you project for profitability?
In 2014, on average, grain income was down by 18 to 20 percent. In August, USDA projected that net farm income will be down by 14 to 15 percent next year, and commodity prices have dropped significantly since then. Some grain growers won’t be able to cover all their costs in 2015. Costs are not going down as fast as commodity prices are dropping. History shows that costs decline slowly on the grain side. Fertilizer and chemical costs could go down a bit, but cash rents go down more slowly. If you rent land, you may be able to cover cash rent, but not at premium prices. Most farmers have a cushion to last one to two years, but if prices don’t improve by 2016—if we don’t see corn at $4 to $5 per bushel—then many farmers will see their working capital destroyed. The federal farm program safety net will provide an important income source for corn-base acreage, but it won’t help soybeans.

Have land values topped out?
We saw a rapid run-up in land values over the last few years, but now we’re seeing some softness. The Iowa realtors released a survey showing that land values declined in September by 9 percent from the previous year—that’s a surprising drop. We at Purdue think we’ll see a 15 to 20 percent decline in land values over the next three years. Some project a stronger decline. There’s a potential for a soft landing, but those without a cash cushion may feel some pain.

How about rents?
Renters face some tough decisions—especially if you’re paying premium cash rent prices. You may have to give it up if you can’t negotiate lower rent payments. You likely don’t want to give up a piece of land because you might not get it back in two or three years. You might have to park some machinery, and you’re still paying for it.
Early career farmers rent a lot of land, and they are the most vulnerable. If you want to grow faster than your cash allows, renting is one way to do that—especially if you don’t have assistance from family. Later in your career, you’ll likely have more cash to buy land.
Over the long-term, we will continue to see more farmers renting. For decades, farmers have been moving from full ownership to a mixed strategy of owning and renting. We’re seeing increasing separation between those who own and those who work the land. Landlords, which mostly include retired farmers, farm widows and heirs, are holding onto their property. The trend may change, as the next generation may not hold such close ties to the land.

What’s your top trend for 2015?
I have a positive long-term outlook on agriculture—it’s a growth industry. But in 2015, discussions at the coffee shop will focus on how to develop financial resilience during this downturn. Let’s assume I’m wrong, and commodity prices recover faster than the fundamentals suggest. Here’s your most important takeaway: If you position for a downturn, you’ll be better off in the long run, even if it doesn’t occur.
You may be doing well now, but it’s not the time to double the size of your operation—to buy expensive calves or overpriced land. Rebuild your financial strength today and you’ll be better off tomorrow. The cycle will turn again.

Boehlje’s 10 tips for 2015
1.    Keep your costs down. You’re competing with farmers in other countries who might have a six-hour head start on cutting costs.
2.    Focus on input costs. Make marketing decisions based on what you pay for inputs. There isn’t much profit potential on the selling side today.
3.    Improve efficiency and productivity every way you can.
4.    Work hard to protect your working capital so you can rebuild in the future.
5.    Don’t be tempted to purchase equipment that you don’t need. We’re seeing significant price drops for used machinery. Some dealers have so much inventory that they’re offering 50 percent discounts on combines.
6.    Avoid overpaying. Don’t purchase or rent overpriced land, or pay too much for calves.
7.    Lock in interest rates now—they’ll be going up. Consider lengthening loan repayment terms to lessen your payment amounts. If you have enough cash, buy down your debt.
8.    Sign up for farm programs.
9.    Buy crop insurance.
10.    Avoid buying big-ticket personal items like new cars. 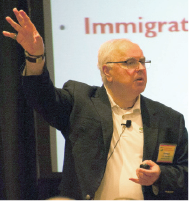 James Wiesemeyer is senior vice president for policy and trade issues at Informa Economics in Washington, D.C. We asked him to provide a supply, demand and price outlook for 2015.

Corn marketers face challenges
At press time, USDA raised the 2014 U.S. corn yield forecast by 2.5 bushels per acre to 174.2 bushels per acre via its Crop Production report. Given that record-yielding crops tend to get larger with the advance of harvest, Informa’s October yield forecast of 176.4 bushels per acre is still in play. USDA’s harvested acreage forecast was reduced by 742,000 acres. USDA raised its carryover projection by 79 million bushels to 2.081 billion bushels. Informa’s carryover projection is 245 million bushels larger, at 2.326 billion bushels, based on lower projections for export and ethanol corn grind. USDA’s current U.S. corn yield, production, and carryover forecasts fell below trade expectations, but the market recognizes the potential for upward revisions to all three. The prospect of an upward revision to corn yield, harvest hedge selling, and the potential for a downward revision to USDA’s export projection all are expected to burden the price action in corn.

Record harvest pressures soybean prices
USDA forecasts U.S. soybean production at a record 3.927 billion bushels, up 14 million from September, with improved yields (47.1 bushels an acre) more than offsetting reduced harvested area of 655,000 acres. USDA’s 2014/15 carryout was lowered by 25 million bushels as the larger crop was more than offset by adoption of the Sept. 1 stocks estimate from the Grain Stocks report. USDA’s smaller-than-expected soybean production estimate may have lowered the downside potential for soybean and meal prices. However, there is a strong tendency for the final yield to exceed USDA’s October estimate when the yield is raised from September to October. Also, the most significant pressure from this year’s record harvest likely remains ahead, because harvest was only 20 percent complete as of Oct. 5 versus the five-year average of 35 percent. Informa’s U.S. average farm price is now projected at $9.40 for 2014/15 and $8 for 2015/16—lower than many other forecasts. Central Illinois soybean meal price forecasts were raised by an average of $38 per short ton to $290 for 2014/15 and by $22 to an average of $250 for 2015/16. Central Illinois soybean oil price forecasts were lowered 1/2 cent to an average of 33 cents per pound for 2014/15 due to the continued weakness in petroleum futures, but were left unchanged at an average of 32 cents for 2015/16. Soybean oil futures are now above their Btu equivalent to diesel futures after being below this level during most of August and all of September.

Cattle buying spree propels new highs
The futures buying spree continues, propelling most contracts to a succession of new highs and actively traded December reaching near the $170 milestone, more than $12 above the mid-September low. But slowing beef movement, coupled with the collapse in the equity markets, spurred a flurry of long liquidation and new selling. With cash near par, and little to no premium on the fall and winter futures contracts, the market is less supportive to the feeders’ quest for additional cash strength. The decline in open interest suggests further erosion in buying interest. Record high domestic lean beef prices, the stronger dollar, and strong premiums to imported product, have attracted larger imports from Australia, New Zealand, Mexico, and Canada, which offset more moderate volumes from South and Central America. August beef imports surged 46 percent above a year earlier, to 245 million pounds, the largest August volume since 2007. Imports from Australia during January to August were nearly 50 percent larger than last year, and Australian shipments in September more than doubled to the largest monthly volume in recent history, although imports have not filled the void created by the smaller domestic lean beef production. Beef imports in 2014 are projected near 2.68 billion pounds, up 19 percent from last year and the largest since 2007. Despite limited production schedules, tight operating margins and slowing beef movement may prompt further constraints on fed cattle slaughter, further boosting record heavy fed cattle.

Hogs may catch fire
Traders have been trying to anticipate pressure on the cash hog market by discounting the front month futures, but that pressure has been slow to develop, forcing the nearby contract to rise rapidly to converge with cash. Softness in the middle of the contract curve is the market’s way of indicating that seasonal supply expansion will eventually weigh on the cash market—but a little later than traders initially expected. The market is well aligned with fundamental price projections until next spring and from that point onward it looks like traders are building in too much of a discount. Recent slaughter totals provide some confirmation to the bears that have been looking for increased hog numbers heading to the packing plant. Weights remain very heavy, adding to the argument for a downturn in cash prices in the near future. There is strong potential for prices to exceed peaks in the low $80s if demand is stronger than anticipated, given that supply levels are not expected to change much through the end of 2014. We are not projecting the market to rally back to spring highs in the low $100 per hundred weight area, but this market has potential to catch fire quickly.