A promise to protect

Written by Steve Fairchild on September 04 2014.

Forrest Lucas has a mission against animal rights extremists 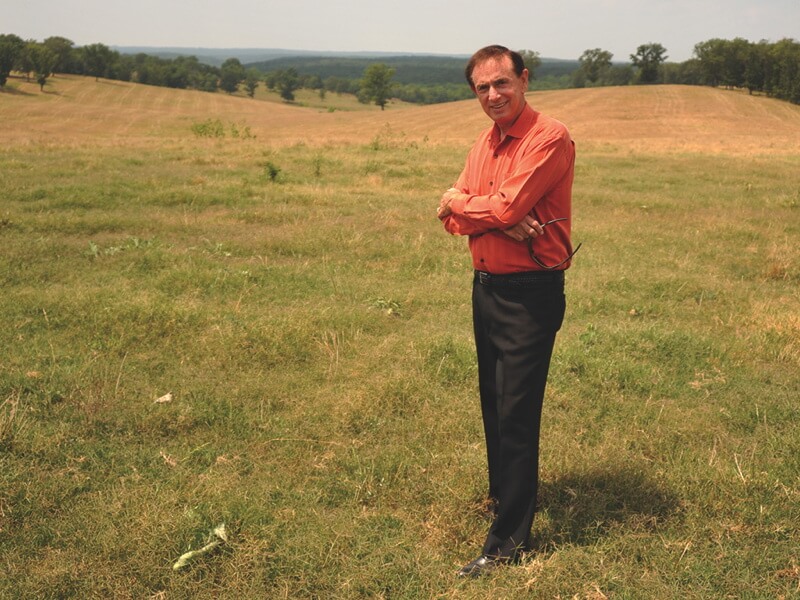 Forrest Lucas is glad to show his expansive ranch at Cross Timbers, Mo. He loves the lay of the land, the vistas, the improved pastures, the Black Simmental seed stock. When he bought the place in 2000, he hadn’t figured on becoming a central figure in fighting animal rights pressure groups. But fate has its way, and today, Lucas has taken the fight to animal rights extremists. He has developed an organization especially for the cause—Protect the Harvest.

To understand why, “Takes a bit of telling,” as Lucas put it.

Lucas isn’t an ordinary rancher. He is the founder of Lucas Oil Products, a manufacturer of lubricants and fuel and oil additives. It was his dedication to and eventual success with that business venture that brought him to Hickory County, Mo.

Lucas grew up in Indiana, and worked on a cattle ranch in his youth. “I showed cattle for a living through high school,” Lucas said, “I knew that we were doing a lot of things wrong, so I promised myself that if I ever got the opportunity, I would come back and do it the right way.” he said.

It took a while. Lucas bought his first tractor trailer at age 21 and started long-haul trucking. Eventually he acquired multiple trucks and settled in California, and ran the trucks nation wide. It was the dry, hot climate and high maintenance cost on these trucks that led him to dabble in oil and fuel additives. When he found something that worked, he kept developing it. And he learned to sell it. It was the beginning of Lucas Oil.

After he and his wife Charlotte had steered Lucas Oil to international success, Lucas decided it was time to make good on that promise to himself. He and Charlotte began a search for ranches in Oklahoma, Kansas and Missouri, where they fell in love with the area of Cross Timbers. He bought the first 3,400 acres of the ranch in 2000 and has been expanding it since, reaching some 16,000 acres. Today the ranch and Lucas Cattle Company are well known for Black Simmental breeding stock.

Then came Missouri’s Proposition B

Lucas says he first became concerned with animal rights extremism when people started throwing dye on fur coats in Europe in the 1970s.

“People don’t realize it, but that had an effect on rural America, too. It brought down the fur industry. Hunting raccoons had been a tradition for generations. It was entertainment and a source of revenue. Today raccoons are considered pests, and they kill a lot of wildlife,” said Lucas.

“While we lived in California, in 2008, animal rights people came in with Prop 2,” he added. Prop 2, the so-called Prevention of Farm Animal Cruelty Act, was legislation pushed by the Humane Society of the United States. The proposition mandated certain space requirements for laying hens, calves and sows.

Producers in the poultry industry and especially laying hen operations were greatly affected by the legislation. A companion bill was passed that prevents the import of eggs from other states unless the laying operations meet the new, much larger California pen space standards. 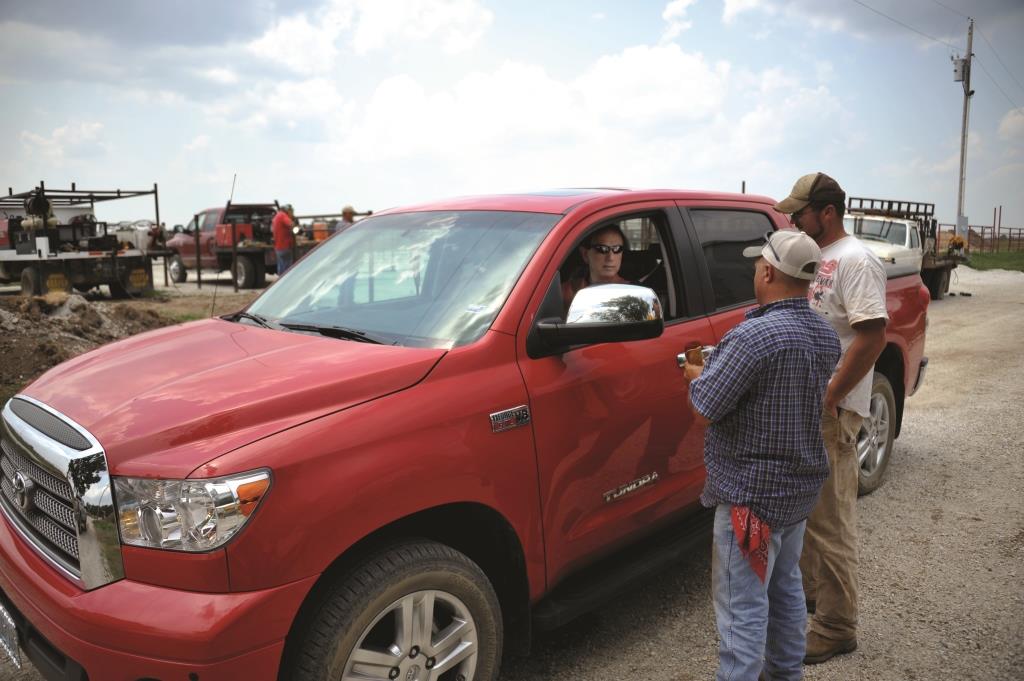 “Now, farmers in California can’t afford to be in the poultry business any more,” said Lucas. “Egg prices are on the rise out there. Proposition 2 goes into effect Jan. 1, 2015. If the politicians can’t do something to fix this before then, they will have the embarrassment of not letting their people feed themselves. Eggs are an important source of protein for most people.”

In 2010 a Lucas Cattle Company ranch hand called Lucas at his home in Indiana to ask if it would be OK to put an election sign on the Cross Timbers property’s Highway 65 frontage. Lucas asked about the sign. The ranch hand explained Proposition B.

“I said, ‘that’s the HSUS,’” Lucas recalled. “I hopped on my plane and came back to the ranch.”

Proposition B hadn’t taken farm groups by surprise, but they were not yet well organized.

“By then, the HSUS had run about $5 million in advertising. They were way ahead,” Lucas said.

Once in Missouri, he began searching for a company that could produce ads to balance the HSUS media buys, but at first, had little luck.

“I actually have a television production company,” Lucas said, “But they were so busy with racing. Then one night I got a call.” It was Missouri Senator Mike Parson. “He’s a real fighter!” Lucas noted.

It was the first time the men had spoken, but the beginning of a friendship and common cause. Parson knew people who had produced television ads for campaigns in Missouri, including his own successful campaign.

“We only had six days to run our ads, but if we had one more day, I think we would’ve won,” Lucas said.

“We lost 51 percent to 49 percent, but since it was so close, and we made the legislators aware of what it was about, the legislators stripped everything out of it, which ultimately gave us a win.”

“It wasn’t easy” he added. “It took about three months of hard fighting, and I give a lot of the credit for this win to Senator Parson.”

It was this experience in Missouri that convinced Lucas that a rearguard defense against animal rights extremism wasn’t the way forward.

“When I saw during that time that almost nobody else is fighting these guys—that almost everyone is scared of them, I said, ‘We are going to go on the offense. We need a name. We need a website. We need an organization.’” Protect the Harvest was born.

“The problem with agriculture at the time was about the only offense and defense of the industry was to paint a smiley face of a farmer and throw in a happy kid and a happy dog. No one tells the world that these animal rights groups are liars,” said Lucas. “We have to tell people to quit donating money to misleading organization like HSUS and other animal rights groups you are likely to see on a sad television advertisement. We need to keep them on the defense,” he added.

In the run up to the recent Missouri Amendment 1, Lucas and Protect the Harvest were on the offense again with media buys to counter messaging by HSUS. Lucas said that some of the anti-Amendment 1 advertising was misleading, but he thought that claims that Chinese interests would be able to buy Missouri farm ground did the most damage. “And of course it was a lie,” he said. “We blasted out our own ads to help people understand who HSUS really is. It was very close, but we won.”

Response from the opposition was to call Lucas an out-of-state interest with deep pockets, to which Lucas smiles: 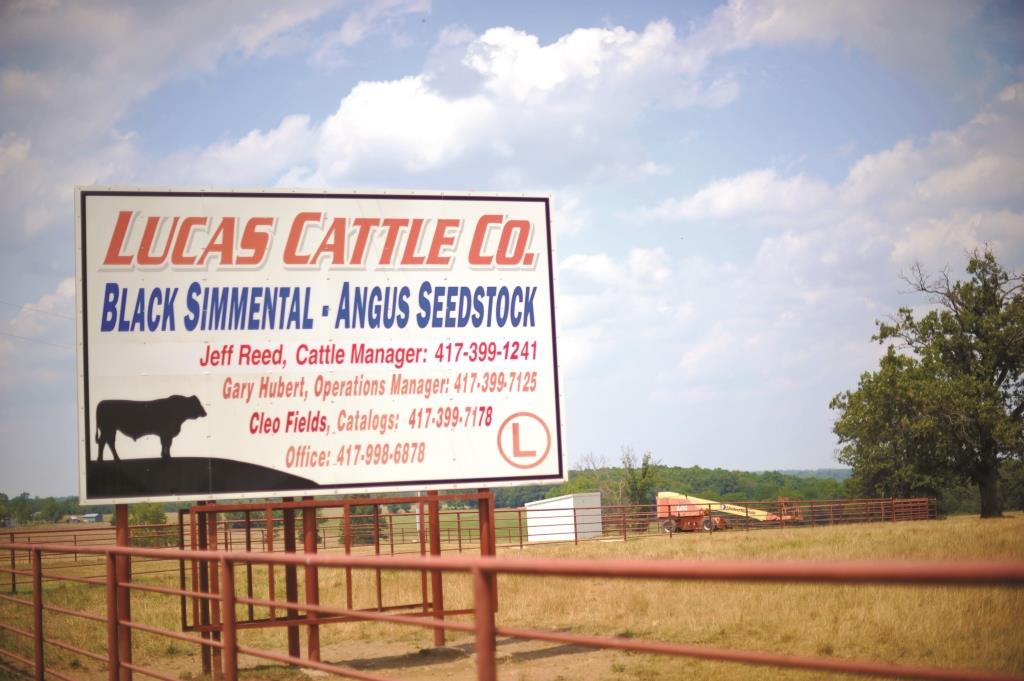 “I may be out-of-state, and I may have deep-pockets, but I’m not just out of state. I’m Missouri too. I have many important connections to this state.”

Protect the Harvest, from its earliest days has been a model of evolution in organization. It changes and grows on the fly.

“We’re going to have to get a little more structure. Part of that is getting more people,” Lucas said. He’s getting that done with hires like Brian Klippenstein as Executive Director of Protect the Harvest. Klippenstein is a veteran in Washington D.C., having worked for U.S. Senator Roy Blunt and U.S. Senator Kit Bond. The organization is building up staff to handle an increasing workload.

“Protect the Harvest has been working on the same philosophy as Lucas Oil. We tell it like it is and aren’t afraid to do so. But we also need political support. When it comes down to it, it’s the politicians who change the laws,” Lucas said. “We have to work with a lot of legislators at all levels. We are right, and people want to be on our side, but they need our support as much as we need theirs. With that said, we ask you to visit Protectheharvest.com to learn more. Let law makers at all levels know how you feel, and show them support at election time if they agree with you,” said Lucas.

Protect the Harvest has been able to affect HSUS legislative pushes in several states.

“They pulled out of Colorado recently,” he said. “There is a move on in Michigan against wolf hunting and in Maine against bear hunting. If we know HSUS will be there, we’re going to be there.”

And he left us with an admonition: “This is important to your reader,” said Lucas. “Most organizations are pretty one-sided. Maybe they represent hogs, chickens, horses or hunting. Protect the Harvest is taking the approach that we are going to protect everyone. Those other guys are connected at the hip—the Sierra Club, HSUS, PETA. We need to protect our food producers. The technology that is coming along is needed for
food and for energy.”