Your vote will matter on August 5

When Missouri voters go to the polls on Aug. 5, they’ll find a Farming Rights constitutional amendment on the ballot. Blake Hurst and Sharon Oetting hope the majority will vote yes on Amendment 1, and help protect their right to farm. 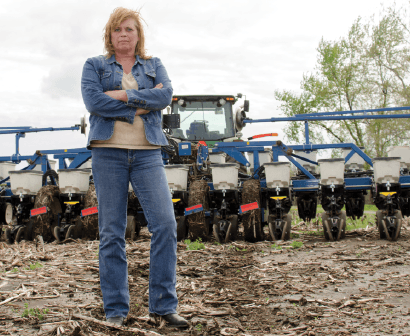 Oetting, who raises corn, soybeans and hogs with her family near Concordia, Mo., explained why she supports the amendment. “It will ensure that Missouri’s farm families are not controlled by animal rights activists and environmentalists who do not understand our rural way of life or our business.”

Blake grows corn, soybeans and bedding plants with his family near St. Joseph, Missouri and is president of the Missouri Farm Bureau. “We’re seeing nearly unanimous support from commercial agriculture, and a willingness on the part of thousands of farmers to support the amendment with their time and their pocketbooks,” Hurst said. Missouri Farm Bureau targets the amendment’s passage as its number one goal for 2014.

What does the amendment say? The amendment, also known as the Right to Farm amendment, passed the Missouri House and Senate in May 2013, allowing it to be placed before the voters on Aug. 5, 2014. Here’s how the amendment reads:

That agriculture which provides food, energy, health benefits and security is the foundation and stabilizing force of Missouri’s economy. To protect this vital sector of Missouri’s economy, the right of farmers and ranchers to engage in farming and ranching practices shall be forever guaranteed in this state, subject to duly authorized powers, if any, confirmed by Article VI of the Constitution of Missouri.

Missouri farming by the numbers
Missouri ranks second in the nation in terms of number
of farms and beef cows.
* Number of farms    105,000
* Number of people employed in agriculture    245,513
* Annual value farming adds to the economy     $12.4 billion

Why are farmers stirred up about it? Support for the amendment goes back to 2010 with passage of Proposition B, a Missouri ballot initiative purportedly designe 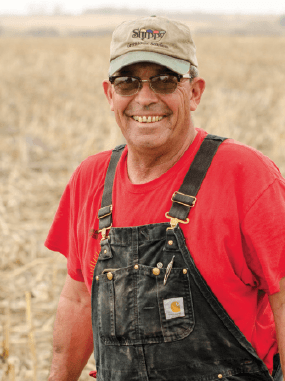 d to limit dog-breeding operations. The Humane Society of the United States went all-out with a media campaign embracing the initiative, which won in a close vote split along rural and urban/suburban lines.

Farmers worried that the initiative could lead to limits on animal agriculture—a battle that HSUS won in other states, including California. After passage of Prop B, farmers turned out in force at the state capitol in Jefferson City to urge legislators to turn back some of Prop B’s measures—an effort that proved successful.

But Hurst and others remain concerned about the future. “We’re seeing increased vulnerability to outside groups with deep pocketbooks and a mission to destroy conventional agriculture,” he said. “It is that serious.”

As one example, Hurst cites a case in Hawaii where a local government outlawed the growing of genetically modified crops. “The kind of crops that almost all Missouri farmers grow would be illegal if Missouripassed a similar law,” Hurst said. “We in agriculture are under attack, and it’s time we take steps to protect ourselves.”

Oetting speculates on what could happen if the amendment fails to pass. “It would leave open the possibility of increased, non-scientific, frivolous regulations promoted by people who don’t understand today’s highly technical, responsible production practices,” she said.

Who supports the amendment? Supporters have come together through an organization called Missouri Farmers Care, a group of individual farmers like Hurst and Oetting, along with legislators and other leaders.

Dr. Alan Wessler, vice president of feed operations and animal health for MFA Incorporated, and a veterinarian, explains why MFA stands behind the amendment. “We believe in the rights of livestock producers to operate their farms in a manner that promotes good animal health and production, and for crop farmers to use the latest technology in a responsible manner without outside influence,” he said. 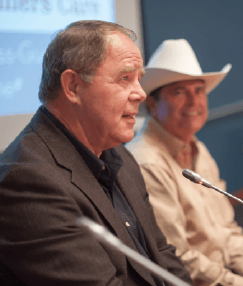 “Farmers should maintain those rights, rather than allowing out-of-state groups—with no experience on the farm—to determine our future,” added Wessler, who is vice chairman of Missouri Farmers Care.

Why support it?
Missouri Farmers Care and others list the following reasons for their support.
•    It could protect farm families that don’t have a lot of resources. “Large corporations have the financial resources to relocate or fight legal battles,” explained Dan Kleinsorge, executive director of Missouri Farmers Care. “Most farmers don’t have this same ability, and they need an amendment enshrined in the state constitution to protect them from groups that want to harm agriculture through misleading legislation and ballot initiatives. It will also give farmers a last line of defense in the courts to challenge laws intended to put farmers out of business.”
•    It won’t protect those who violate laws or regulations. “The Missouri Farming Rights Amendment will not give farmers a blank check or exempt them from common sense regulation,” Kleinsorge said. “Bad actors that are breaking the law will not benefit.”
•    It could keep food affordable. “Farmers work hard to make sure that we have food available at a reasonable price for consumers,” said Don Nikodim, executive director of the Missouri Pork Association, and chairman of Missouri Farmers Care. “If we weren’t able to use modern technology to raise crops and livestock, less food would be available and the cost of food would go up.”
•    The amendment may protect farm-
related jobs. “Agriculture is Missouri’s number one industry,” said Oetting. “Not passing this amendment could jeopardize Missouri’s economy, jobs and family businesses.”
Who opposes it, and why?

In January 2014, a group called Missouri’s Food for America gathered in Jefferson City to argue against the amendment. Wes Shoemyer, a Monroe County farmer and former state legislator, leads the group. He argues that the amendment would protect big corporate agriculture such as Monsanto and Cargill.
Hurst counters that Missouri has farmers of all sizes and types, and all will benefit. “We need all kinds of agriculture,” he said. “We benefit from diversity, and this amendment guarantees that we will maintain that diversity.”

How goes the battle?
In March, according to the Missouri Liberty Project, the Wickers Group surveyed 400 Missourians registered and likely to vote in the August 2014 election, and found 69 percent support Amendment 1.

But Dan Kleinsorge says farmers aren’t counting their chickens before they hatch. “This is an uphill battle because radical animal rights groups like the Humane Society of the United States have millions of dollars at their disposal to buy ads targeting Missouri farmers,” he said. “But we are committed to raising the funds for a fully fledged campaign to inform every Missourian about why our state needs this amendment to protect family farmers and food choices. Farmers will be the heart and soul of our campaign.”

Oetting thinks the battle for public support for agriculture should continue beyond the August election. “Today, most Americans are three to five generations removed from the farm,” she said. “They don’t understand that science and technology have taken agriculture into the 21st century, as with all business and industry. Farmers have fallen short by not communicating how new production methods help us to be good stewards in caring for the land and our animals.”