For beef, it’s time to grow

The droughts of 2012 and 2013 cycled through to bring El Niño back, which means cooler temperature and 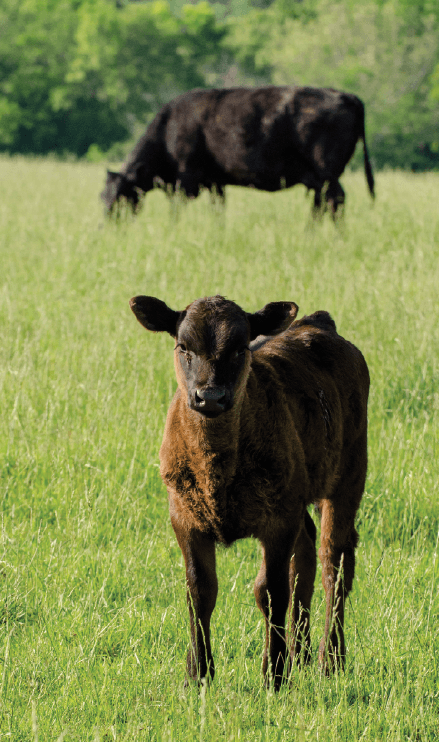 increased precipitation. “El Niño is coming. It’s going to come quick and it’s going to come by summer,” said CattleFax weather analyst Dr. Art Douglas during the NCBA convention in Nashville. “Typically in the Midwest, anytime you have a strong developing El Niño in the summer, you have very ideal growing conditions,” he said. Increased precipitation should develop in the west this spring, with warmer temperatures in the southeast U.S. and increased moisture in the Midwest. Temperatures nationwide are forecast to be 1½ to 2 degrees above normal for spring and early summer, with above-normal precipitation throughout Texas and the Corn Belt. Douglas said this year’s forecast is ideal with improved moisture and warm temperatures expected.

June should start warmer than normal, but cool off as July and August approach, making conditions perfect for crop germination and harvest.

In terms of grain supply, corn is the cheapest commodity available. “We finally have the corn supply built up. This summer we are going to be able to continue building that up,” said CattleFax risk management specialist Mike Murphy. He predicted the U.S. corn crop to produce 13 to 14 million bushels this year. Larger supplies and cheaper prices result in more corn used to feed livestock and increased exports. Murphy said corn should average $4.10 per bushel, in part due to capping the use of corn for ethanol.

Hay production was strong in 2013, with a large carryover, but Murphy said we need another good crop in 2014 to balance prices. He predicts lower feed and forage costs through 2015.

Global demand and export markets are the biggest driving forces for 2014. According to CattleFax global market specialist Brett Stewart, China fights to stay sustainable in its agriculture production. But it lacks the resources to provide for a growing population of 1.3 billion people. The country will have to import more beef. Right now, 50 percent of all hogs live in China and replace a lot of beef in Chinese diets. But a growing middle-class population and rising food cost will change this. Although Chinese only consume 12 pounds of beef per capita, it’s popular in the country, and China isn’t afraid to inflate the price of food to keep its farmers in business.
U.S. beef production has dropped in recent years, causing prices to increase. But a developing middle class in Third World countries is generating higher incomes and people are willing to pay the higher price for U.S. beef. Stuart said, as a whole, global beef production is stagnant, but demand continues to grow as smaller import markets are collectively becoming larger. He expects tight supplies and high demand to create for a strong domestic and global market until 2016.

Profitability will grow throughout the year

For cattle producers, 2014 should yield profits—especially in the cow-calf sector. “We’ve already seen a $40 increase in wholesale beef prices. Fed cattle value is record high over the last couple weeks. So we know we’re going to a new and higher level trading range,” said CattleFax senior analyst Kevin Good. Per-capita beef consumption drives the market. Good said the $40 increase in the last 30 days came from trim, chucks and round. Cow slaughter dropped 10 percent from the second half of last year and heifer slaughter is at a 10 year low. This trend has developed for the past two years and Good expects it to continue. The U.S. is expanding the beef cowherd and heifer retention is growing. “How are we going to fulfill our customers need for ground product? One way we think will fill the void is we will continue to grind the entire percentage of the fed steers and heifers. To offset that this year we’re going to have to grind an additional 14 pounds per carcass,” Good said. However, steer and heifer slaughter is declining as well from fewer numbers on feed. Good said in 2015 the U.S. will slaughter 10,000 head per day fewer cattle than in 2013. Some slaughter plants could temporarily close, as supply will be down 4.5 percent this year and another 4 percent next year. Good expects the fed market to average in the mid $130’s. And bred cows should market 25 percent higher, equaling $200-300/head more. CattleFax CEO Randy Blach said cow-calf producers should see improved profitability. Even if the cowherd grows to 32 million cows with no extra beef demand, producers can still maintain a healthy margin of $150 per head.

“As you think about our consumers today, we need to recognize that not only domestically, but globally they are more diverse than in the past. And, a large portion of our domestic customers have challenges,” Good said. He explained that incomes have only increased 2 percent in a year while beef retail price has increased 5 to 7 percent. However, some beef customers are doing well financially. Good said in general, restaurant business is doing well. He divided restaurants into three categories: fine-dining, fast-casual and casual quick-serve. Fine-dining and fast-casual are holding demand or growing while casual quick-serve is struggling to grow. “People want a good eating experience. Beef provides that,” Good said.

Blach said cowherd expansion must occur in the next four years to meet beef demand without becoming too expensive for the consumer. Capital requirements and market volatility will increase as beef becomes more popular worldwide. Due to volatility, producers will have to incorporate risk management and global trade access will be a necessity. “Other countries need our product and can pay for it,” Good said.