Driven by the volunteer spirit

In June 2012, Tom Martin broke away from spraying corn on his farm near Mexico, Mo., to work on 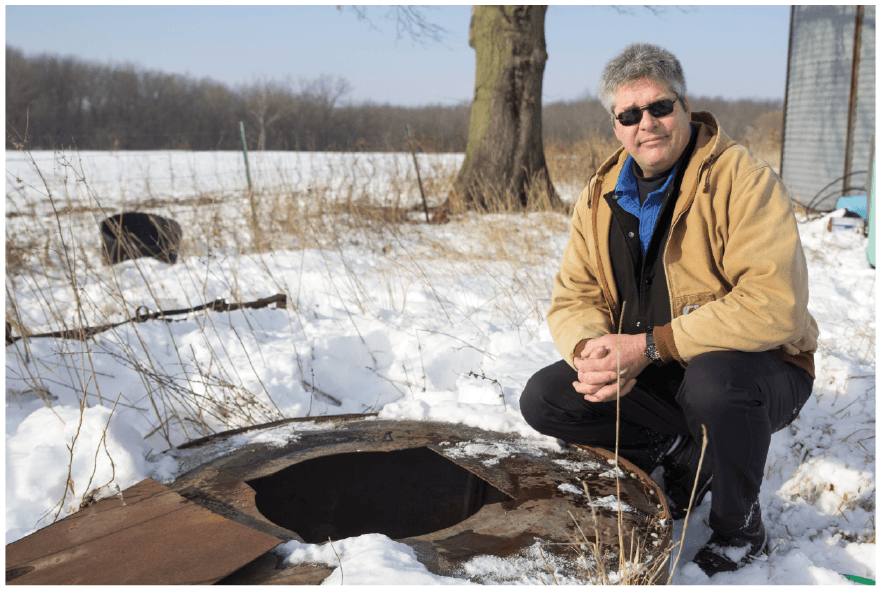 his household well. He used a sump pump to remove water from a sunken metal tank that houses the well’s pumps and pressure tanks. He was emerging from the pit when he was overcome by carbon monoxide poisoning.

“It was nasty down there—I could smell oil, but you can’t smell carbon monoxide,” Martin said. “I knew I needed to get out of there as soon as I could, but I was in a hurry to get back to spraying, so I held my breath and went back down. I wasn’t aware of how vulnerable I was to carbon monoxide.”

He passed out and fell 7 feet into the pit, pulling a pressure tank on top of him as he landed on the sump pump. His helper, Terry Perley, tried to lift him out, but Martin stands at six-foot-seven and weighs 300 pounds, and the tank entry hole proved a tight squeeze. Perley called 911, and volunteers from the Little Dixie Fire Protection District arrived in less than 10 minutes.

Rural places generally have more fire crews than ambulance locations, and the ambulance often arrives after the firefighters. That’s why rural firefighters are usually certified as first responders—they take vitals, perform CPR and secure the scene. 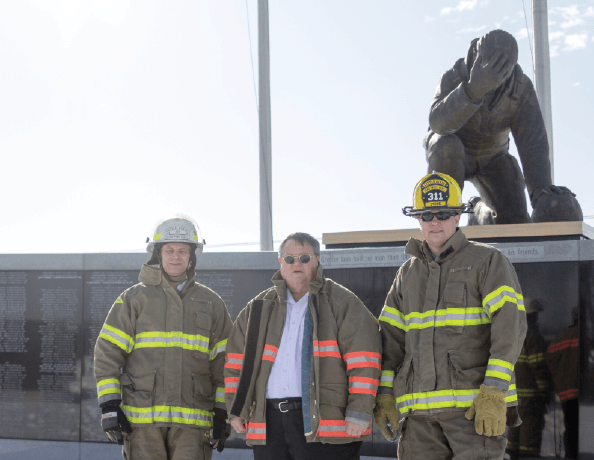 Volunteers with Little Dixie Fire quickly set up a fan to ventilate the pit. Bill Friday used a battery-powered saw to cut water and electric lines pinning Martin down. Brian Stone joined Friday in the pit. Friday and Stone placed a recovery strap under Martin’s arms and pushed Martin out of the small opening at the top of the tank as other rescuers lifted the strap from above.

A medical helicopter arrived just as Martin stopped breathing—its crew brought him back to life. He coded three more times in the 14-minute flight to a hospital in Columbia, Missouri. The hospital placed Martin in a hyperbaric chamber for oxygen therapy, and gave him skin grafts to repair the arm he burned on the pump motor.

“No one can figure out why I came out alive,” said Martin, who works as a prison guard in addition to farming. “I knew most of the firefighters, and they knew my location. I didn’t realize how critical it could be to have a good fire department. They responded very quickly, and I thank everyone for their help.”

Bill Friday and Brian Stone received a Medal of Honor from the Fire Fighters Association of Missouri for helping to save Martin’s life. They’re among more than 13,000 firefighter volunteers in Missouri, affiliated with 547 volunteer fire departments that serve mostly rural areas, according to Michael O’Connell of the state Department of Public Safety.

Tom Martin’s only previous experience with the Little Dixie Fire District came years ago when he called for help with a brush fire.

“I give Mr. Hoover a lot of credit—the department has come a long ways since those early days,” Martin said.

Kenneth Hoover joined the new tax-supported district as one of eight volunteers in 1974. He rose through the ranks to become a paid fire chief in 1982. Today, the department has two paid employees including Hoover, plus 42 volunteers working from three fire stations. They serve 10,000 people in a 600-square-mile area on calls ranging from fires to medical emergencies to search and rescue. Crews include a medical doctor, first responders, EMTs and paramedics. The University of Missouri Fire and Rescue Training Institute and the National Fire Academy provide training and certification.

“Volunteering requires a lot of time,” said Chief Hoover. “My department trains every Thursday for two hours. We average 400 calls a year. We logged 2,800 man-hours of training and 2,480 man-hours of response time in 2013.”

Hoover said it’s getting more difficult to attract volunteers, but more women are coming on board—including seven on his crew. Hoover is president of the Fire Fighters Association of Missouri, and is a commissioner with the State Fair Volunteer Fire Department, staffed by volunteers from across Missouri for 11 days every August in Sedalia.

Boots on the ground in the Bootheel

Dave McClarty faces many of the same challenges as Hoover when it comes to recruiting volunteers.

“In the 12 years I’ve been with the department, about 100 folks said they wanted to help, but maybe five or six have stuck with it,” said McClarty, director of the New Madrid County Emergency Management District, which coordinates between the county’s eight fire departments. In addition, McClarty serves on the Lilbourn Volunteer Fire Department, and he also works full time as owner of Dave’s Bestway grocery store in Lilbourn, Missouri, population 1,200.

“As a volunteer, the most important person to you is your spouse or partner,” McClarty said. “When you leave at two in the morning, they don’t know if you’re coming back. Without them, we couldn’t do it, and they don’t get enough credit.”

It’s difficult to define a “volunteer” firefighter. The county district pays McClarty a small amount for his work as director. Local volunteer firefighters generally receive a stipend of $10 for each emergency call and $10 per hour after the first hour. “We’re all trained first responders, and that $10 is not nearly enough to cover time spent training, or even the gas to get there,” McClarty said.

Beyond saving lives, fire departments also save rural citizens money. Maintaining a fire department helps keep insurance rates affordable for home and business owners. “Twelve years ago, our county fire chief was leaving, and the city came to me and asked me to take over as chief,” McClarty explains. “I said I’d help out until they could find a replacement, partly because it would save me on insurance. I’m still here.”

Like many rural fire departments, Lilbourn and New Madrid County get most of their funding from government grants. They raise funds at an occasional pancake breakfast as well. “But I get tired of asking the volunteers to sacrifice more time on fundraisers like that where we make $1,000 if we’re lucky,” McClarty said. “A new truck can cost $230,000.”

McClarty spends about 25 hours a month in his firefighting roles. His most memorable call came when he helped deliver twin babies and administered the breath of life to the boy. He also helped drag a crop-spraying pilot from a burning plane, cared for his former schoolteacher when she had a stroke, and evacuated people during Mississippi River flooding.

Dave McClarty and Kenneth Hoover can tell you a lot of stories to illustrate the rewards of saving lives and volunteering for your community. Jerod Alexander has a few stories of his own, but he’s a bit shy about sharing them.

“My sister’s boyfriend asked me to help out, and I enjoy it,” he said. But he also remembers a few failed rescues. “What you see as a volunteer—it’s hard to deal with sometimes. That stuff sticks in your brain.” One such event came in 2011 when he helped in the aftermath of the Joplin, Mo., tornado that killed 158 people and injured 1,150.

“Our departments are busier when it’s dry and hot, and there’s lots of agricultural burning,” Alexander reports. “In the winter, we see more chimney and electrical fires.”

Alexander works as a custom applicator for AGChoice of Parsons, Kan., which is owned by MFA Incorporated. He and another AGChoice Parsons employee, Kory Hobson, are training officers at Cherokee Fire. Most MFA and MFA-affiliate locations, including AgriServices stores, are in rural areas, and a number of MFA employees serve on volunteer fire departments.

Despite the tough assignments, grueling hours and lack of compensation, all the firefighters we talked to recommend volunteering to others. As Alexander said, “It’s a good feeling to help someone.”

How to stay safe

Rural 911 calls frequently involve motors or heaters that emit carbon monoxide. In fact, heating equipment stands as the biggest cause of barn fires. Brush fires, vehicle and farm accidents, and medical emergencies such as strokes also make up a good share of rural rescues. Here are a few tips on how to stay safe.

•Keep space heaters or heat lamps at least 3 feet from flammable items such as furniture, blankets, straw and paper.