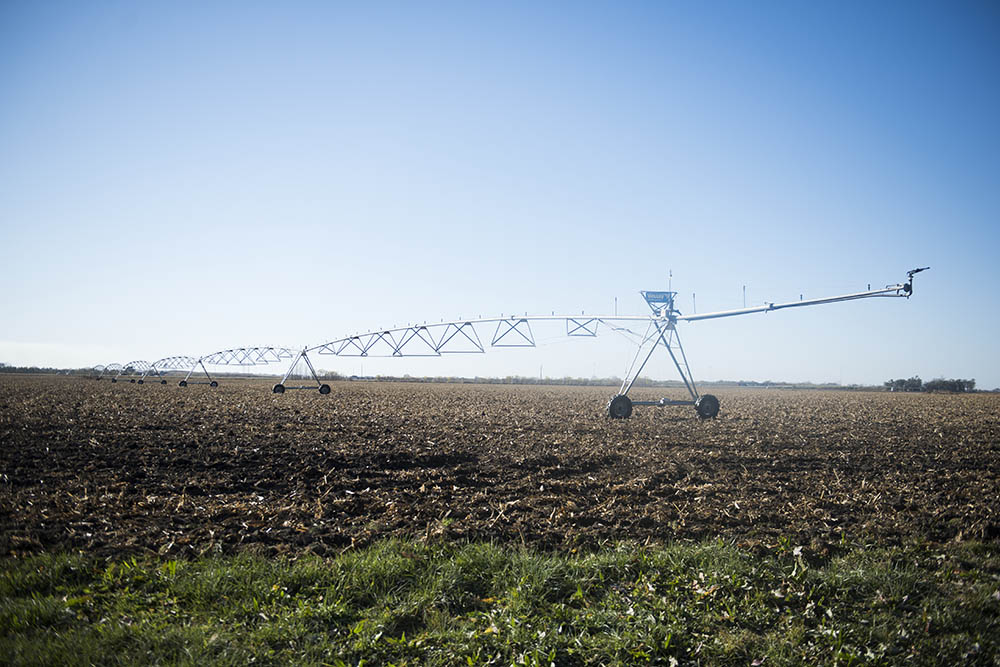 In January, Valley Irrigation, based in Valley, Neb., unveiled a smart panel for center pivot irrigators that could change the game for growers like Scott Everidge, who operates a 3,000-acre farm in Dooley County, Ga. The cotton, peanut, corn, wheat and soybean grower was one of the pilot testers for Valley’s new ICON series, which allows for app-based remote management of center pivots.

Everidge says connectivity and ease of use are what sets this new product apart and offers advantages for his 2,500 acres that are under pivots.

“We do a lot of multi-cropping, so we do a lot of pivot moving—picking cotton, mowing stalks, putting in cover crops,” Everidge said. “When you have 40 pivots, the ease of not getting in and out of a tractor all day long made my job just a little bit easier. I think back to my dad in the ’70s; everything was diesel-operated with generators at the pivot point. We had 10 pivots and a flying service, and my dad worked seven days a week. Now I’m 45 years old. I’m running 40 irrigation pivots, a flying service, bookkeeping and three trucks, and I have five hired guys. All this system is going to do is make my life easier.”

After on-farm pilot testing, Valley released four models of these smart irrigation panels for sale to the public: the ICON 10, the ICON 5, the ICON 1 and the ICON X. The smart technology is based on the idea that better control remotely allows for better water and fertilizer management practices, according to Len Adams, president of global irrigation at Valmont Industries, parent company of Valley Irrigation.

“Fresh water availability is very limited,” Adams said. “Of all the water in the world, only 3 percent is fresh water, and of that 3 percent, two-thirds is in the ice caps. Of the last one-third, agriculture uses two-thirds. With limited water and expected population growth, the issue is how we continue to feed the world. What we provide is a way to achieve this while using every precious drop of water in the most efficient way.” 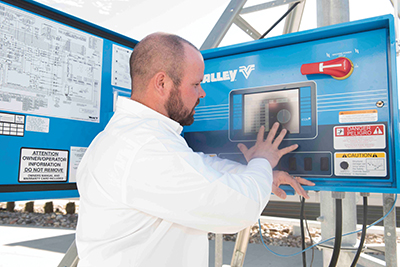 In 2014, Valmont acquired 51-percent ownership of AgSense, a technology company based in South Dakota. Through this partnership, Valley extended its connectivity and data-gathering capabilities. AgSense offers a cloud-based app that allows growers to monitor field conditions and farming operations through smart devices, much like Valley’s own BaseStation 3, also a remote-operated irrigation management system. By teaming up, both companies cornered more of the market share. The ICON panels are compatible with both AgSense and BaseStation 3 telemetry and offer “edge-of-field WiFi” technology, meaning that a grower can connect to the machine based on proximity without needing a cellular connection or transmitting data radio signals.

“It’s the only product that sits on a field almost year-round,” Steve Kaniewski, Valmont’s president and chief operating officer, said. “So, we have a unique ability to provide data from the fields, but to do that we have get the analog equipment to now move into the new millennium.”

Valley products are distributed all over the world, including places like South Africa, Dubai, New Zealand, Australia, Argentina and Brazil, Kaniewski added.

“We’re in 23 countries,” he said. “In the irrigation space, anywhere that it makes sense for agriculture, you’ll find us.”

Such global distribution is important because water consumption is a global issue, said John Campbell, Valmont’s manager of technology advancement and adoption, pointing out that the world’s population is estimated to reach 8.5 billion within the next 15 years and 9.7 billion before 2050.

“Even though they’re already impressively efficient, the world’s farmers are going to be tasked with becoming even more so,” Campbell said. “They’re going to be asked to produce higher yields with fewer inputs, including water. The key to that efficiency is technology.”