Written by Nancy Jorgensen on February 01 2017. 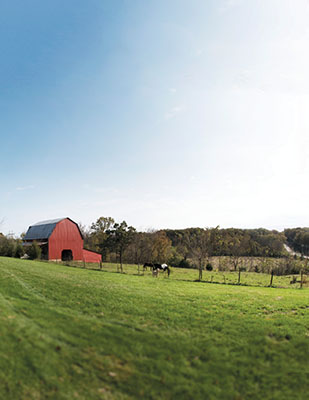 A pervading myth among some urbanites is that big corporations own most U.S. farms. This, despite USDA statistics showing that the vast majority of farmland is owned by a farmer, retired farmer or farm family member. But is this changing? Are non-farm corporations, such as institutional investors, buying up more land, and if so, what will it mean to farmers?

Bruce Sherrick, professor of agricultural and consumer economics at the University of Illinois, is known for his research in farmland ownership. “Nonfamily farms account for only about 1 percent of the farms and about 10 percent of production,” he said, citing a USDA study titled America’s Diverse Family Farms.

“Sixty-nine percent of all farmland is owned by current farm operators, while 31 percent is owned by non-operators who rent land out to farmers,” Bigelow said. When you consider that the huge share of these non-operator owners either previously farmed or acquired land from a family member, Bigelow added, a total of 83 to 94 percent of all farmland is owned by a current or former farmer or family member connected to agriculture.

Looking at the numbers by state, Bigelow reported that Illinois has the highest percentage of non-operator ownership, with 50 percent. Arkansas, Indiana, Iowa and Kansas all report more than 40 percent. Missouri and Mississippi run quite a bit lower, at 27 percent and 29 percent, respectively. Bigelow is in the Farm Economy Branch of USDA-Economic Research Service’s Resource and Rural Economics Division.

Sherrick addressed the misconception that giant corporations dominate farming. “Judging by popular and fringe press headlines, there seems to be some impression that there is a large number of non-family corporate farms somehow increasingly controlling farmland, with public press references to factory farms and the like,” he said in a report titled Farmland Ownership: Trends and Future Implications. “Some also believe the livestock sector is owned by big corporations, but this fallacy fails to account for contract production with individual farmers,” he said.

It’s clear: Big corporations have not taken over farmland. Recent declines in farm profitability may slow non-farmer interest. But as Sherrick pointed out, institutional investors such as insurance companies and pension funds take a long-term view and could recognize rising global food demand and positive returns on farmland compared to other investments.

Sherrick is director of the TIAA Center for Farmland Research. His relationship with TIAA is significant because this organization—which provides retirement services for academia, medicine and other industries—is one of the largest institutional investors in farmland. In 2015, TIAA raised $3 billion for its second global farmland investment partnership, on top of $2 billion raised for its first, which closed in 2012. Most of these investments involved overseas properties, but some investors are taking a look at the U.S.

NCREIF Total return—the average annual return on farmland owned by institutional investors—helps explain the interest in farmland investments. According to Sherrick, NCREIF Total provided a better return (12 percent) compared to equity funds from 1990 to 2015, including the S&P 500 (6.8 percent) and NASDAQ (9.2 percent). “Farmland returns are reasonably high and have low relative risk,” Sherrick said.

Tim Maverick, writing in Wall Street Daily in late 2015, predicted that institutional investors’ share of farmland ownership is sure to rise. “It’s the perfect investment for institutions with long-range investment goals, such as pension funds. It’s a real asset, not correlated with stocks and bonds. And it pays steady income, as farmers pay rent on the land.”

Real Estate Investment Trusts (REITs) have been around for years, offering retail investors the opportunity to buy shares of property that have been grouped and securitized. To date, only three REITs specialize in farmland, including Gladstone Land Corporation, the first to form in 2013, followed by Farmland Partners Incorporated and American Farmland Company. While they represent a small share of farmland today, Sherrick believes REITs may make an impact over the long run. “But it will take a while to get to scale,” he said. 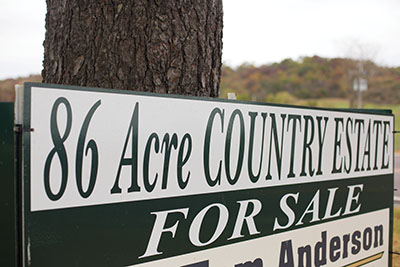 No matter who’s buying, there’s plenty of interest in purchasing farmland. “It’s certainly a competitive market, particularly in more productive ag regions of the U.S. such as the Midwest,” Sherrick said.
Ray Massey, an agricultural economist at the University of Missouri, keeps his ear to the ground as an Extension economist. He says farmland supplies seem tight, and farmers are competing to purchase land that may not be available in future years.

“I’ve heard of a few institutional investors looking for large tracts of land,” Massey said. “But with our high percentage of small farms, Missouri is probably not on their radar as much as other states.”
Sherrick doesn’t believe farmers should be concerned about outside interest in farmland. “Institutional investors provide an important source of liquidity, and the land still needs to be farmed by the tenant,” he said. “The seller sees no impact; the farmer often has a more stable relationship as a result.”

Still, Sherrick sees an increasing separation between operators and ownership. “That is the long-run force that is beginning to push the financialization of farmland forward,” he said.

As farmers age and retire, more land may come available. Bigelow’s study predicted that 10 percent, or 93 million acres, of all U.S. land in farms would be transferred during 2015-2019. “Most will change hands through gifts, trusts or wills,” the report said, adding that some of that land may be sold by the new owners, bolstering the supply of property available for purchase.

Renting farmland may still be a good deal

“Overall, in the past year, we’ve seen a 1 percent ($40) decline in cropland values and a 5.5 percent ($8) decline in cropland rents, so the percentage drop is actually bigger for rents,” Bigelow said. “Land values depend on expectations of the future stream of income from land, while rental values are based on net returns expected in the current year.”

The percentage of land rented in the U.S. has been relatively constant since 2002, he added, noting that cash agreements have grown more popular over the same period. Today, fixed cash rent payments make up more than 70 percent of all leases.

In 2014, about 35 percent of farmland in Missouri was operated by tenants, Bigelow said, compared to 32 percent of total U.S. farmland.

The average cash rent per acre paid by U.S. farmers in 2016 was $136 an acre, according to Bigelow. Crop acreage attracted much higher rents than grazing land. Bigelow illustrates rents values in Today’s Farmer country by comparing cash rents paid on irrigated versus non-irrigated Missouri cropland over the past five years: