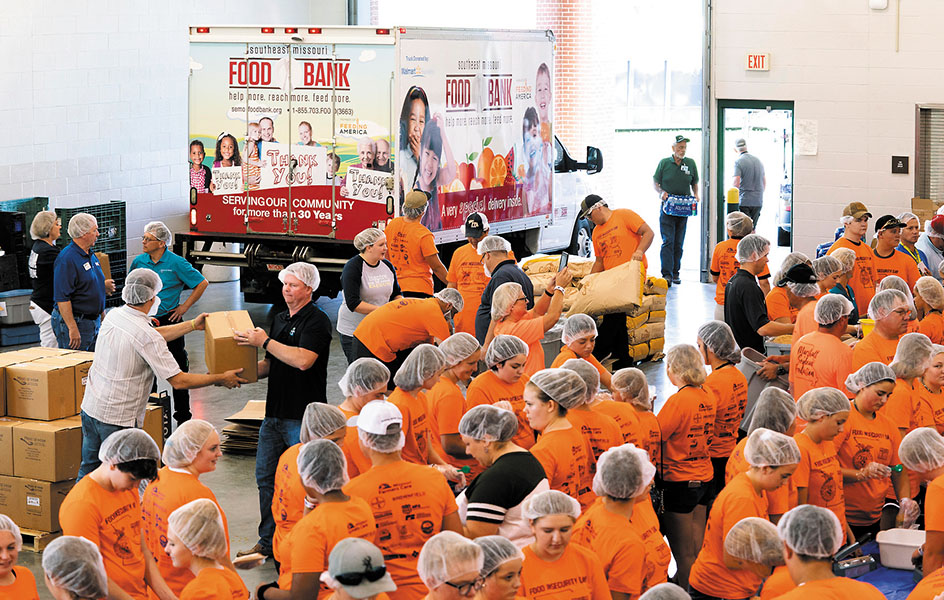 The third annual FFA Food Insecurity Service Day was held Aug. 13 at the Missouri State Fair as part of the 2019 Drive to Feed Kids campaign. Together, more than 750 FFA members and agricultural leaders packed 128,460 meals.For the third year in a row, agriculture groups in Missouri partnered to raise awareness of childhood food insecurity and support food banks across the state through the Missouri Farmers Care (MFC) Drive to Feed Kids. This summer-long effort raised $175,000, which was presented Aug. 17 at the Missouri State Fair to Feeding Missouri, the association of Missouri’s six regional food banks.

“Farmers labor each day to provide food, feed and fuel for people throughout our nation,” said Dan Cassidy, MFC secretary and chair of the Drive to Feed Kids. “Through the Drive to Feed Kids, a broad coalition of the state’s agricultural groups works to provide a safety net for those in need. We are extremely grateful to those who made this year the largest yet.” 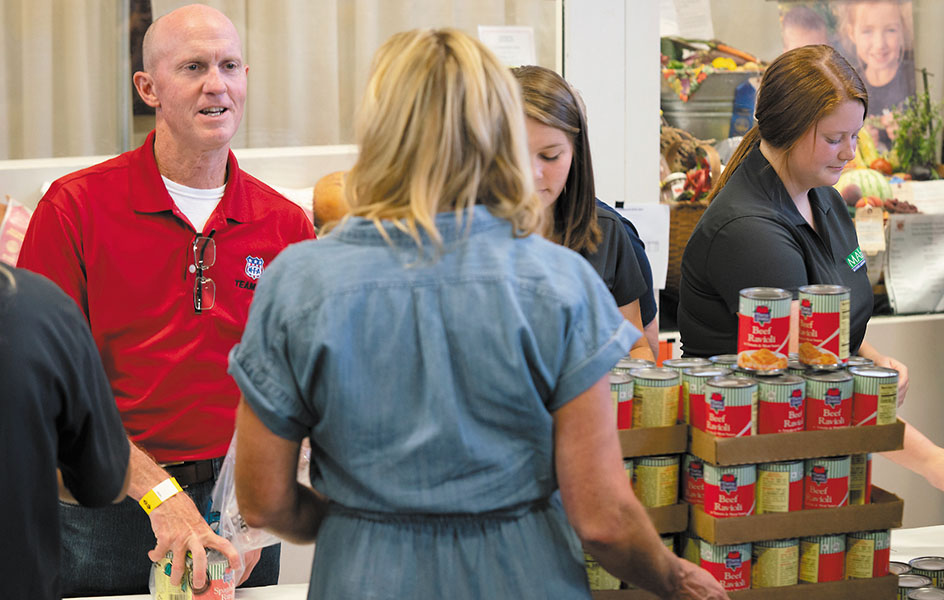 MFA Incorporated CEO Ernie Verslues was among the agricultural leaders and elected officials who helped assemble backpack meals for students.On Tuesday, Aug. 13,MFC joined the Missouri FFA Association for its Food Insecurity Service Day. More than 750 FFA members and agricultural leaders spent the day packing 128,460 meals to feed families of up to six people. The meals were distributed statewide to Missouri’s regional food banks. Feeding Missouri estimates that food insecurity affects one in five children in the state. That number increases to one in three young people in rural areas.

Gov. Mike Parson and First Lady Teresa Parson, along with Missouri elected officials and agricultural leaders such as MFA Incorporated CEO Ernie Verslues, joined the cause on Thursday, Aug. 15. Together, they packed 1,740 backpacks with food to provide weekend meals through the first month of school for students in Pettis, Benton and Cooper counties.

Fairgoers participated by bringing non-perishable food donations on Missouri Farmers Care Food Drive Tuesday. Through these activities and a generous canned food donation by Woods Supermarket, more than 15,000 pounds of food were donated to local pantries. In addition, Missouri FFA donated fresh produce from FFA student projects on display at the fair. 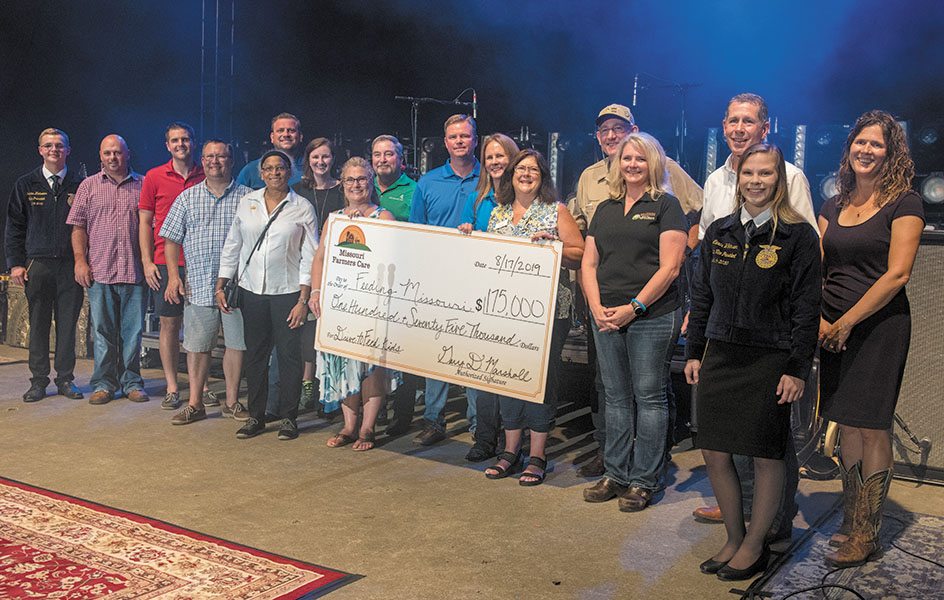 The campaign culminated with a check presentation to Feeding Missouri at the fair’s Brothers Osborne concert on Saturday night, Aug. 17.“Missouri farmers are stepping up and saying, ‘not in our state’ when it comes to childhood hunger,” said Scott Baker, state director for Feeding Missouri. “Thousands of children will have something to eat this year because of Missouri Farmers Care and their partners. The pairing of expertise with compassion shows exactly what can be done to address hunger when we work together.”

MFA Incorporated is among the many organizations, agribusinesses and individuals sponsoring the Drive to Feed Kids. For more information, visit www.mofarmerscare.com.